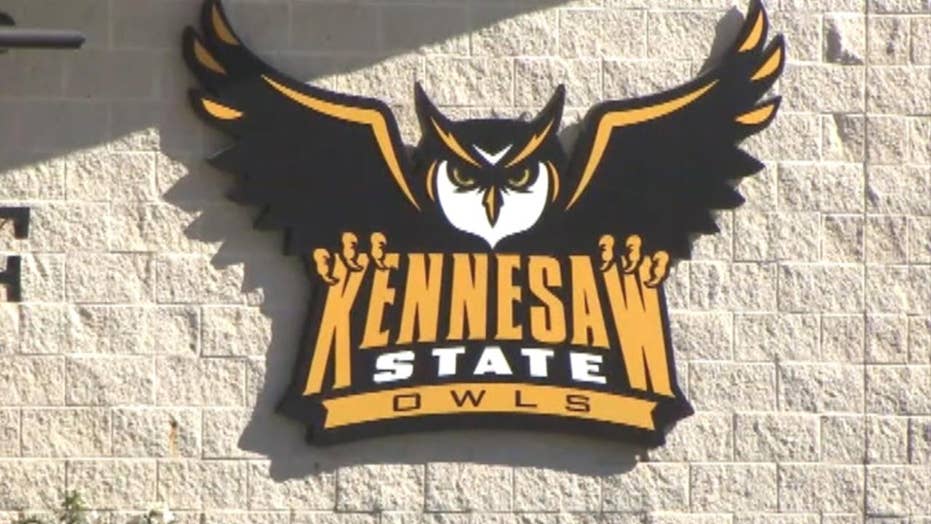 Texts between two elected officials indicate they pressured Kennesaw State University president to keep the protesting cheerleaders off the field until the national anthem was played.

A former Kennesaw State University cheerleader who kneeled during the national anthem in protest of police brutality in 2017 received a $145,000 settlement from the school, ending her lawsuit.

Tommia Dean and four other cheerleaders took a knee for the national anthem before September 2017 at the height of the controversy sparked by then-San Francisco 49ers quarterback Colin Kaepernick.

“Before we went out on the field, we all prayed,” Dean told 11 Alive at the time of the protest. “Together, we all prayed. I felt like this was something I needed to do here, in Cobb County, as a Kennesaw State cheerleader.”

The four cheerleaders were told by the school to stay out of view before several subsequent games began. They were allowed back onto the field during the anthem when the University System of Georgia determined their protests were protected by the U.S. Constitution.

Dean will receive $93,000 of the settlement with the rest going to her lawyers, according to The Marietta Daily Journal.