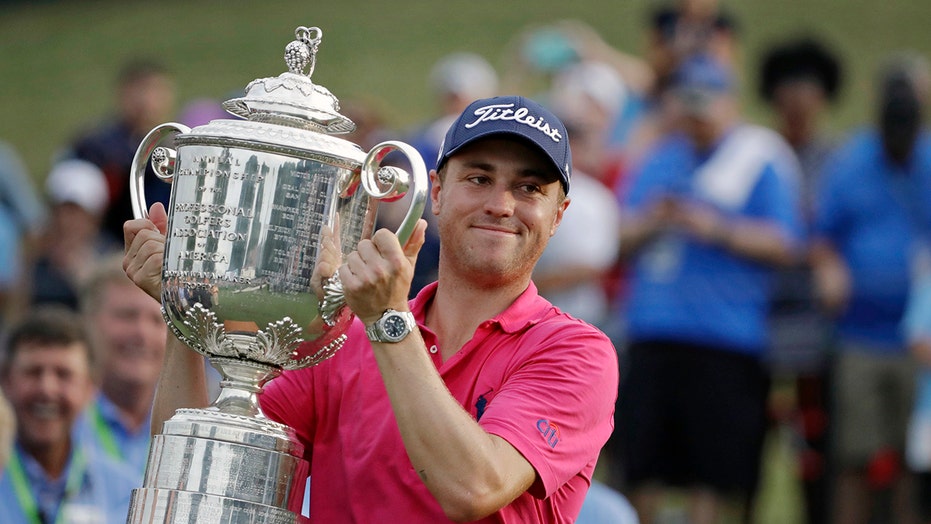 Justin Thomas is one of the top golfers on the PGA Tour and is one player to watch going forward in 2020 and beyond.

Thomas, 27, was born in Louisville, Ky., and attended the University of Alabama. After he left school, he turned pro on the Web.com Tour in 2013 and won his first professional event in 2014.

He would later win his first PGA Tour event in 2015, which would kick-off his solid career.

Here are five things to know about Thomas.

Justin Thomas is among the top golfers on the PGA Tour. (AP Photo/Chris O'Meara, File)

Thomas was just in high school when he played the Wyndham Championship in 2009. He was the third-youngest player to make the cut at a PGA Tour event. At the time, he was 16 years, 3 months and 24 days old.

At Alabama, most people think of the legacy players like Mark Ingram, A.J. McCarron and Julio Jones left. But Thomas was a big player for the Crimson Tide as well. He won six events for the Crimson Tide and helped lead the team to its first national championship in 2013. He was given the Haskins Award in 2012 as the NCAA’s most outstanding golfer.

Thomas has 12 PGA Tour victories so far in his career. Additionally, he has won twice on the European and Asian Tours and once in the Korn Ferry Tour. His latest win came at the Sentry Tournament of Champions in January 2020. He defeated Patrick Reed and Xander Schaffele in a playoff.