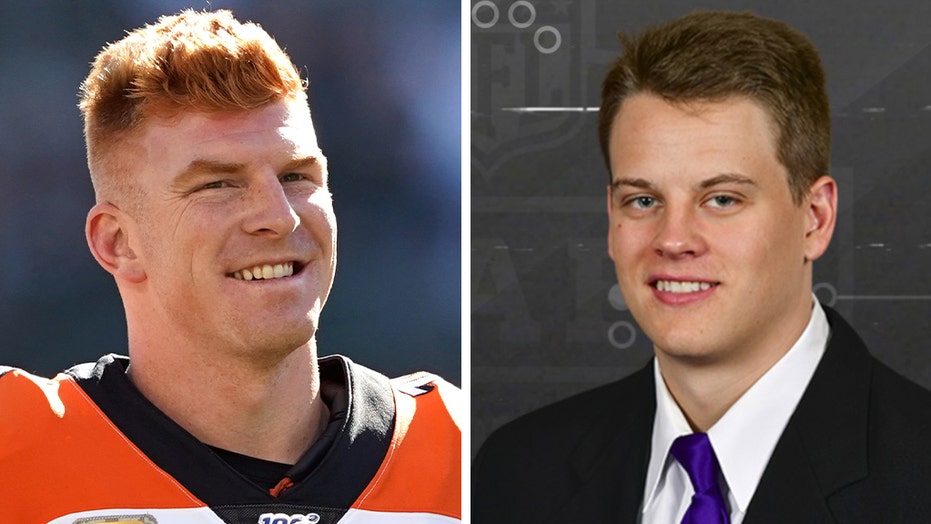 The Cincinnati Bengals took former LSU quarterback Joe Burrow with the No. 1 overall pick in the 2020 NFL Draft.

Burrow, who is expected to take over for Andy Dalton under center, said that he received a call from Dalton welcoming him to Cincinnati.

“Yeah, he reached out and just welcomed me to the team,” Burrow told NFL Network’s Ian Rapoport on the RapSheet and Friends Podcast. “I had met him before all this coronavirus craziness started, out in California. I just went up and introduced myself. So we have met each other twice now I guess.”

Leading up to the draft, Burrow was expected to be the Bengals' top choice. Cincinnati was also expected to trade away Dalton, but the Bengals haven’t found a viable trade partner for the veteran quarterback’s services.

LIONS' BOB QUINN ON NFL DRAFT WEEKEND TRADES: 'WE DON'T TRUST EACH OTHER AS GMS'

Dalton was the starter for the Bengals from 2011-19, and he led them to the playoffs in his first four seasons. Since then, the Bengals moved on from longtime head coach Marvin Lewis, and they are now under the guidance of Zac Taylor, who is entering his second year as head coach.

After leading the country with 5,671 passing yards and setting an NCAA record with 60 touchdown passes in 15 starts his senior year, it was no surprise that Burrow would land the No. 1 pick. He also led LSU to its fourth national championship in 2019.