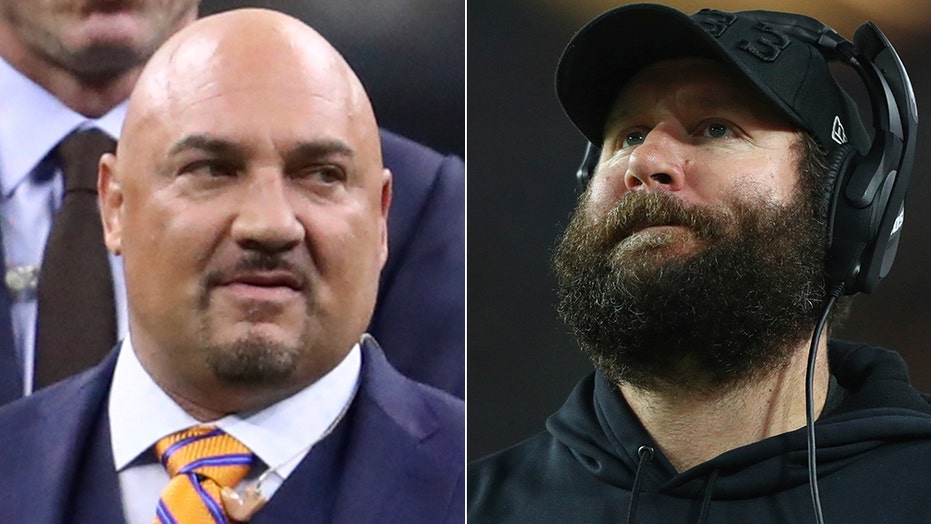 Glazer, who also contributes to The Athletic, ripped Roethlisberger in a mailbag segment for the publication on Tuesday.

“First of all, let’s not put the words fitness and Ben Roethlisberger together, they are allergic to each other,” Glazer wrote. “There is no fitness in Ben Roethlisberger. His idea of a great off-season workout program is doing one yoga session, playing golf, and drinking some beer. However, yes, what [head coach] Mike Tomlin and Roethlisberger have done there has been incredible. Mike Tomlin has never had a losing season with the Pittsburgh Steelers."

“Despite injuries and they are obviously not the most aggressive team when it comes to free agency, having Le’Veon Bell holding out, the Antonio Brown situation, it’s incredible,” Glazer added. “He’s changed coordinators, gone through offensive coaches, defensive coordinators, but the dude has never had a losing season. Don’t sleep on them ever.”

Roethlisberger suffered an elbow injury in Week 3 that ended his season, but the Steelers ended up finishing with an 8-8 record -- just missing out on the playoffs. Looking ahead to the 2020-21 NFL season, the Steelers have a chance to be a sleeper team in the AFC if Roethlisberger can stay healthy.

The Steelers are one of the best organizations in pro football, and the team's history speaks for itself. Even with a third-string quarterback last season, the Steelers were able to bounce back from a 1-4 start and win seven of eight games to push their record to 8-5 before losing their final three games of the year.

If the 38-year-old quarterback can show any signs of life in 2020, he has the weapons in place to once again lead a potent offense, and the team's defense -- which includes All-Pro caliber talent like T.J. Watt and Minkah Fitzpatrick -- is stacked from top to bottom.