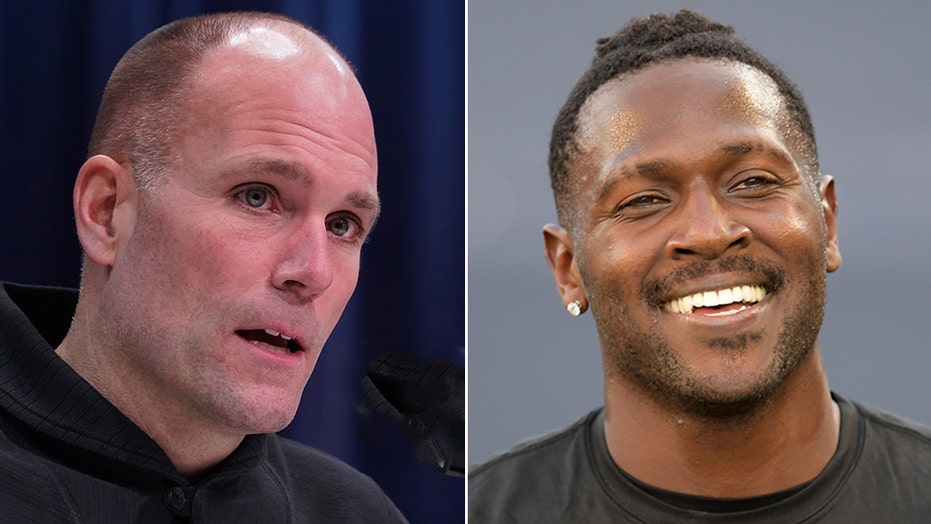 The Baltimore Ravens have been rumored as a potential landing spot for former All-Pro wide receiver Antonio Brown, and the team’s general manager isn’t ruling out that it could possibly happen.

During an interview on Sirius XM's Mad Dog Sports Radio, Eric DeCosta was asked if the team might be interested in adding the wide receiver, and he didn’t shy away from responding.

"We're always assessing the players out there on the streets," DeCosta said on the show. "We're looking at guys, we're making decisions that we think are best for the club, and if we think there's a guy out there who fits us, who's got the skill set to provide value, we'll certainly pounce on that type of guy."

DeCosta also said he’s looking to improve the roster leading up to the Ravens' opener in September, so he has nearly four months to assess if Brown is a positive fit in Baltimore.

"As Ozzie [Newsome] always used to tell me, we don't play games until September, so we've got a lot of time to build the best team we can build, and we'll continue to do that," DeCosta added. "I look at this time period right here after the draft as a great opportunity to get better as a football team, and we will look to do that."

Both Brown and MVP quarterback Lamar Jackson have made it clear they would love for it to happen. Brown is still currently a free agent who has had his share of legal concerns over the past two years. But Brown stirred the pot Saturday when he posted an edited picture of himself on Snapchat in a Ravens uniform.

Brown and his cousin, second-year wideout Marquise “Hollywood” Brown -- the Ravens' first-round pick of the 2019 draft -- have worked out together since the end of last season. Jackson also joined in on at least one of those workouts, and a few weeks after a video emerged showing them during a workout, a reporter asked Jackson about the possibility of Brown playing in Baltimore, and he seemed intrigued by the idea of having him as another weapon in the team's already potent offense.

"I'd be happy if they signed him," Jackson told NBC Sports Washington. "He's a great player. He showed it each and every year when he was with the Steelers in the past, but it's not my decision."