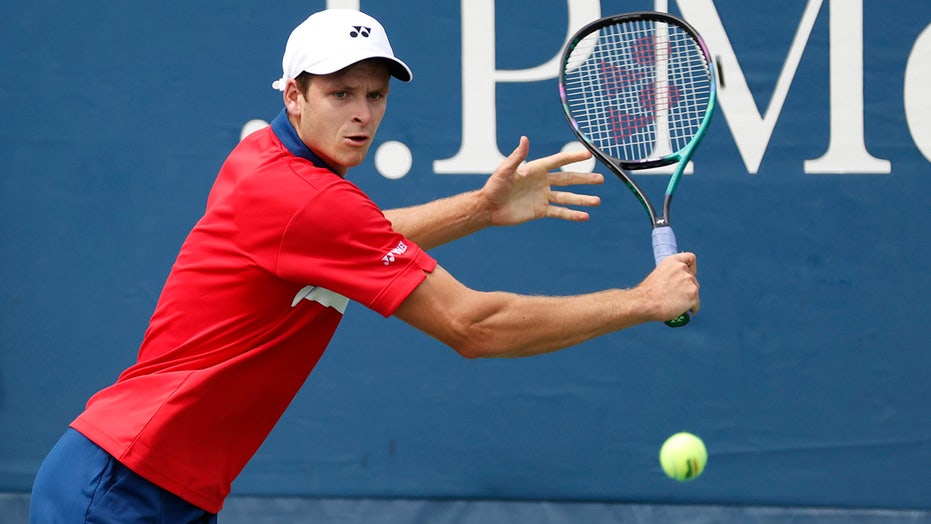 Top-seeded Hubert Hurkacz clinched his third title of the year and fourth win in four finals as he beat Pablo Carreno Busta 7-6 (2), 6-3 in the Moselle Open final on Sunday,

The 24-year-old Pole did not drop a set in winning the indoor tournament in Metz for the first time.

The Wimbledon semifinalist — and the last player to have faced 20-time Grand Slam champion Roger Federer in the quarterfinals before the tennis great's knee surgery — had nine aces but dropped serve twice against his second-seeded opponent.

Hurkacz had to rally from a break down in the first set before starting to dictate more from the baseline against the big-hitting Spaniard, breaking his serve four times.

"Pablo is an amazing player, so playing against him in the final here is something special," Hurkacz said. "I needed to raise my level to play my best to be able to compete with him and today I came out on top."

Hurkacz's other titles this year came at Delray Beach and the Miami Masters on outdoor hard courts.

Hurkacz started the week ninth in the ATP Race To Turin and boosted his chances of qualifying for the end of season ATP Finals, to be held in northern Italy Nov. 14-21.

He capped a fine Sunday by winning the doubles final with countryman Jan Zielinski. They beat Hugo Nys and Arthur Rinderknech 7-5, 6-3.