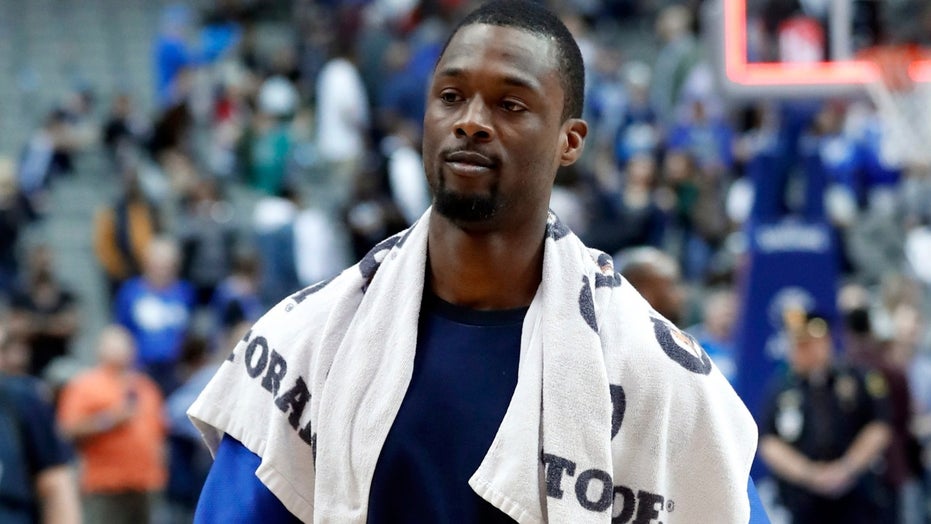 Sacramento Kings forward Harrison Barnes will reportedly decline his $25.1 million player option and become an unrestricted free agent once the period begins at the end of the month.

Barnes, 27, was once a key player on the Golden State Warriors but has found himself in a bit of flux. He signed a four-year, $94 million deal with the Dallas Mavericks in the summer of 2016 and was thought to be a key player for the organization. However, he was traded to the Kings during the 2018-19 season after more than two years in Dallas.

Jeff Schwartz, Barnes’ agent, told ESPN that his client is open to “exploring a new deal” with the Kings once the free-agent period starts. Barnes could still be a part of a young Kings core that already includes Buddy Hield, De’Aaron Fox, Marvin Bagley III and whoever the team drafts Thursday.

Barnes played 28 games for the Kings during the 2018-19 season. He averaged 14.3 points and 5.5 rebounds during that span and shot 45 percent from the floor.

In the course of his seven-year career, he has averaged 13.6 points and 4.9 rebounds.