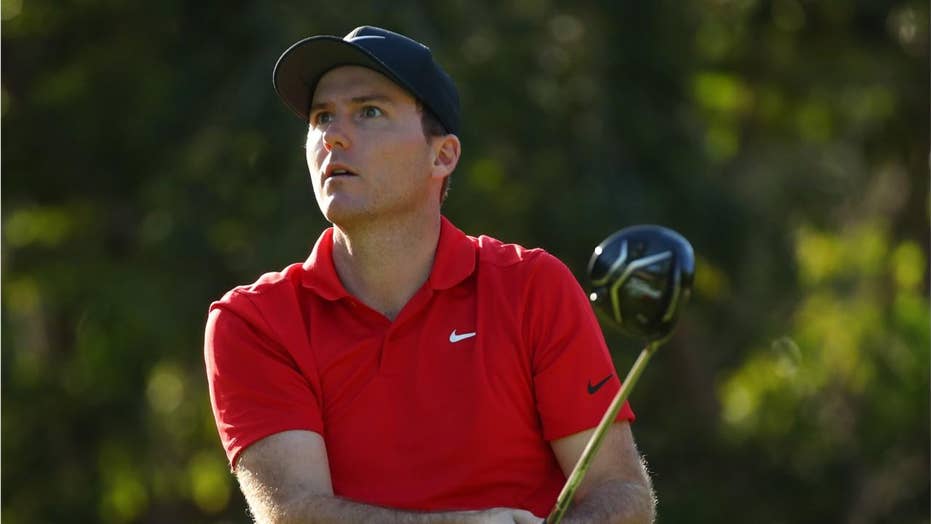 PGA golfer Russell Henley would have made the cut at the Mayakoba Golf Classic in Mexico, but penalties for rule violations made him miss the cut.

A golfer at the Mayakoba Golf Classic in Mexico received a major penalty over the weekend when he violated the PGA Tour’s one-ball rule.

Russell Henley’s second round at the tournament was looking pretty good Saturday. He was among the leaders at 7-under through the two rounds, which would have set him up for a good third day.

TIGER WOODS PREVIEWS WHAT HIS RETIREMENT WILL BE LIKE: 'FOR ME, IT'S SIMPLE'

According to PGATour.com, Henley’s day went south in a hurry almost immediately after signing his scorecard.

Russell Henley plays his shot on the 18th hole during the final round of the John Deere Classic at TPC Deere Run on July 14, 2019 in Silvis, Illinois. (Photo by Dylan Buell/Getty Images)

While looking for balls to sign and give away, Henley realized he accidentally used a different type of Titleist Pro V1x during the second round, which violates the one-ball rule.

According to ESPN, golf rules allow a player to switch balls after each hole but when the one-ball rule is in place for certain tournaments it forces a player to use the same brand and type of golf ball for an entire round.

Rules official Brad Fabel told the website that Henley brought the violation to him. About eight rules officials and the U.S. Golf Association conferred on a decision.

“It was a small dash, a different way it was marked that would have been easy to overlook,” Fabel told PGATour.com. “He came to us and said he didn’t know how it had gotten in his bag.”

Henley said there was no question he used the ball because he gives the balls he puts in play to his caddie to mark them and the Pro V1x ball was marked. Henley apparently had used the ball on holes 9, 10, 11, and 12, which he would be penalized two shots per hole.

Russell Henley of the United States plays his shot from the seventh tee during the second round of the Mayakoba Golf Classic at El Camaleon Mayakoba Golf Course on November 16, 2019 in Playa del Carmen, Mexico. (Photo by Gregory Shamus/Getty Images)

On each of the four holes, he made par. The pars turned into double bogeys and he went from shooting a 69 during the round to a 77. The 77 pushed him off the cut line.

The ruling forced Henley to snap his streak of eight cuts made, according to PGATour.com.