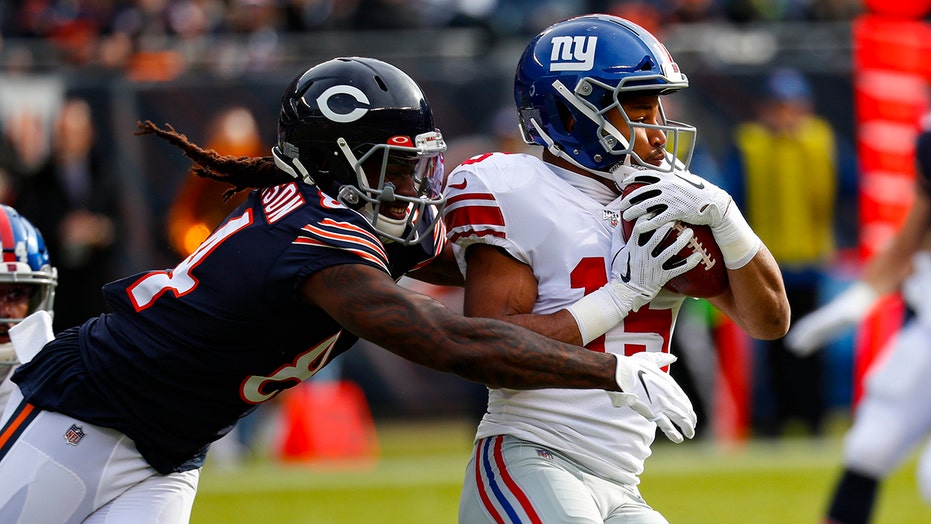 New York Giants wide receiver Golden Tate raised eyebrows when he retweeted a message about team owner John Mara that appeared to be a shot at the team.

Tate on Sunday retweeted a snarky comment from Giants Wire that quoted tweeted a reporter relaying a message that the Giants were getting booed coming out the tunnel to face the Green Bay Packers. Giants Wire tweeted: “Happy Birthday, John Mara!”

The message left Giants fans wondering whether he was genuinely retweeting a happy birthday message to the owner of the team he plays for or whether it was a subtle shot in the middle of a frustrating season for the veteran wide receiver.

It didn’t appear Tate was too hung up about the tweet. He quickly asked whether he would be wrong if he kicked his dad out of his house for beating him in dominoes again.

Tate missed the first four games of the season because of a suspension. In the seven games he has appeared in, Tate has caught 36 passes for 450 yards and four touchdowns.

The Giants signed Tate in the offseason after trading away Odell Beckham Jr. He has three seasons left on his $37.5 million contract.