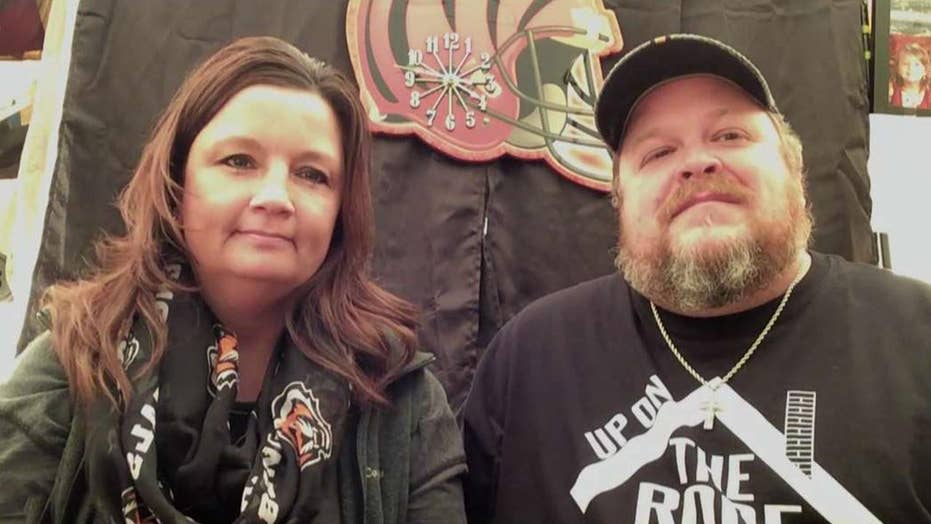 Jeff Lanham is confident of a Cincinnati win Sunday against the Pittsburgh Steelers.

A die-hard fan of the NFL's beleaguered Cincinnati Bengals finally slept in his own bed after nearly two months in self-imposed exile atop a restaurant roof.

Jeff Lanham, who admits a foolish wager led to his 57-day adventure, finally got a break following the Cincinnati Bengals’ win over the New York Jets on Sunday.

Cincinnati lost their first 11 games of the season before defeating the Jets at home behind Andy Dalton’s 243 passing yards and a touchdown pass to Tyler Boyd. Lanham slept in his own bed Sunday night.

“I was stuck,” Lanham, who spent the nights in a well-furnished tent on the roof of the Hog Rock Café in Milian, told FOX 19. “Just glad I won’t be there all season.”

Lanham said a silly bet sparked the idea that he would stay up on the roof until the Bengals won the game. He said he didn’t expect to be up there for that long and credited his wife for helping him get through the nights.

“Bringing me meals, my laundry, I mean, everything,” he said. “I didn’t do anything.”

Lanham said he was brought Thanksgiving dinner and over the course of living on the roof he came down once to attend a benefit for a local child who was born with spina bifida, according to FOX 19.

The Bengals are now 1-11 this season. The team is nearly set to obtain the top pick in next year’s NFL Draft.