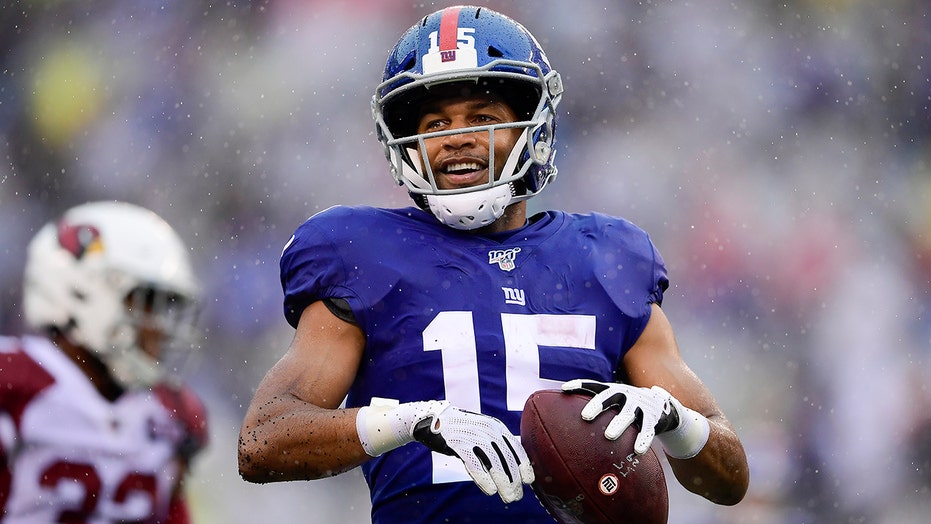 New York Giants wide receiver Golden Tate was seen wearing cleats honoring the late Kobe Bryant and actor Chadwick Boseman prior to his game against the Chicago Bears on Sunday.

Tate posted a photo of the Nike cleats on Twitter hours before kickoff.

One shoe had the Los Angeles Lakers legend’s face on it and the other had the “Black Panther” star’s face on it. The Nike swoosh was going through the middle.

On the shoe with Bryant’s face, a Mamba Mentality logo was printed on the side. Next to Boseman, the word “Forever” was printed in honor of his most famous role.

Tate is expected to be in the lineup for the Giants for the first time this season. Tate didn’t get a chance to play last week as he was out with a hamstring injury.

Against the Pittsburgh Steelers, the Giants used Darius Slayton as the No. 1 wide receiver while Sterling Shepard slid in as the No. 2 receiver.

Tate played 11 games in his first season with the Giants in 2019. He recorded 49 catches for 676 yards and six touchdowns. It will be a rare instance for the Giants where Daniel Jones will have all of his weapons healthy. Tate, Slayton, Shepard, Evan Engram, and Saquon Barkley are all expected to play.