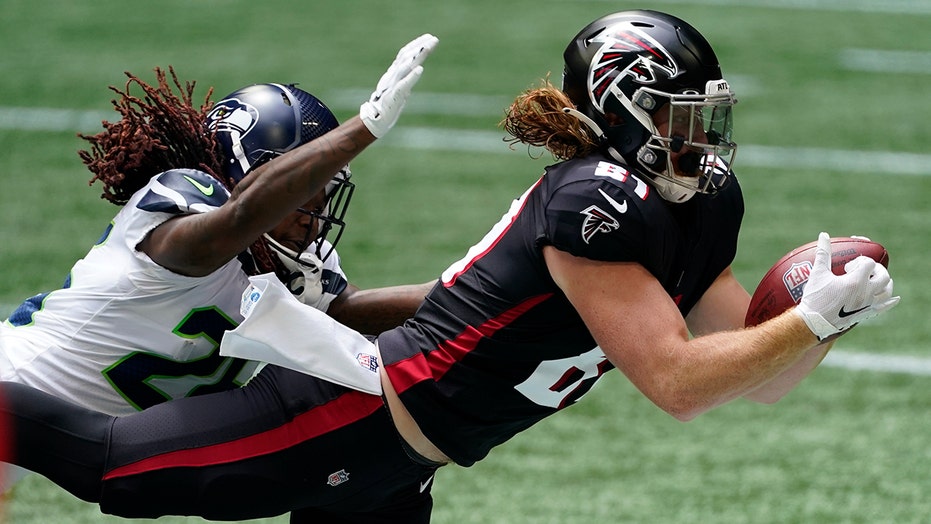 Mike Gillespie, a TV sports director for WOLO-TV in Columbia, was in need of $5,000 for an operation on his dog, Wilbur – an Irish setter-golden retriever mix. The dog needed surgery to remove a life-threatening intestinal blockage.

TOM BRADY PAYS RESPECTS TO RUTH BADER GINSBURG: 'WE SHOULD ALL ASPIRE TO LIVE OUR LIVES AS PRINCIPLED AS RBG'

Gillespie said he and his wife were able to raise $2,000 of the $5,000 themselves by Monday. On Tuesday, Hurst donated $3,000. The puppy underwent surgery Wednesday, Gillespie said.

“That’s the nicest thing anyone’s ever done for us,” Gillespie wrote in a tweet to Hurst. “I have no idea how to repay you or what we did to deserve this, but we’re so thankful…especially Wilbur.”

Hurst replied: “No need. I know someone out there would do the same for me and my pups.”

Hurst was a tight end who played for South Carolina from 2015 to 2017 before turning pro. Gillespie said he thought the relationship between him and Hurst was purely professional.

Hurst signed with the Falcons in the offseason after playing two seasons with the Baltimore Ravens. On Sunday, he had three catches for 38 yards in a loss to the Seattle Seahawks.