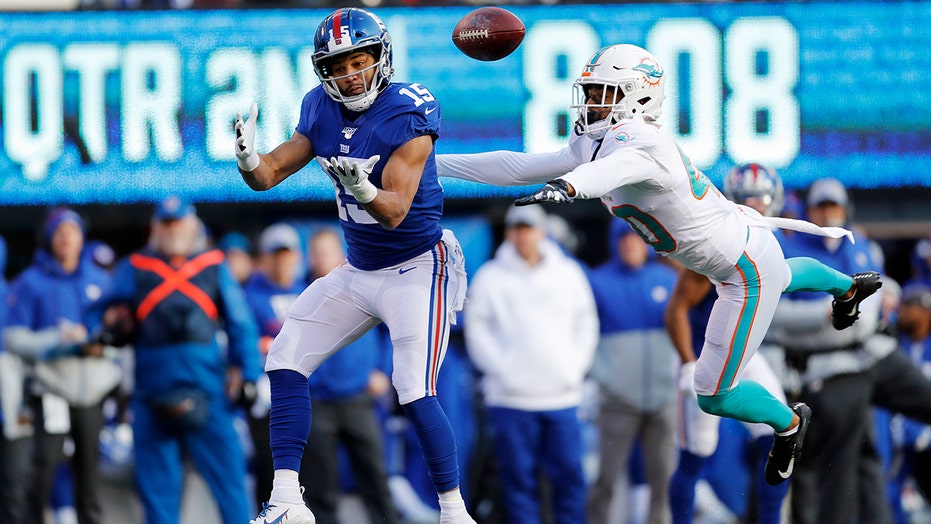 New York Giants wide receiver Golden Tate III showed off some impeccable concentration during a game against the Miami Dolphins on Sunday.

Giants quarterback Eli Manning fired a ball toward Tate with about eight minutes left in the second quarter. The ball narrowly escaped a Dolphins defender; Tate tipped the ball to himself and spun around a would-be tackler. Tate then ran the rest of the way for a Giants touchdown.

New York, at that point, tied the game with Miami at seven apiece.

KANSAS CITY CHIEFS PLAYERS GET INTO SNOWBALL FIGHT PRIOR TO GAME VS. DENVER BRONCOS

It was Tate’s fifth touchdown catch of the season.

ELI MANNING WILL BE PLAYING IN 2020, HIS FORMER NEW YORK GIANTS TEAMMATE SAYS

It's been up-and-down for the veteran wide receiver, in his first season with the Giants. He signed a four-year, $37.5 million deal with New York in the offseason and was expected to be the person who could come in and fill the hole left by Odell Beckham Jr. who was traded to the Cleveland Browns.

Tate initially was suspended for the first four games of the season for violating the league’s performance-enhancing drug policy.

Since then, he’s played in eight games for New York.

He had 37 catches for 461 yards coming into the game against the Dolphins.