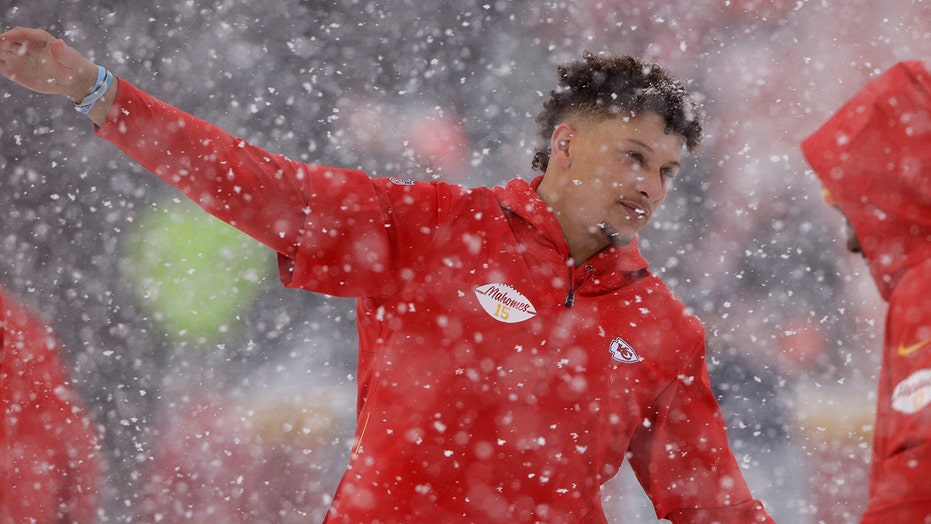 The Kansas City Chiefs and the Denver Broncos are playing in a winter wonderland Sunday.

A snowstorm hit the Midwest as the two teams were getting set to play in their AFC West division rivalry game. A few Chiefs players decided to make the most out of the bad weather before the game by having a brief snowball fight at Arrowhead Stadium.

Fans were also undeterred by the wicked weather. The stadium appeared to be mostly filled by the time the game started. The field was mostly cleared by kickoff and it didn’t appear that the Chiefs were hampered too much by the snow.

Chiefs quarterback Patrick Mahomes started the game completing eight of his first nine passes, including a 41-yard touchdown pass to Tyreek Hill to go up 6-0. The Chiefs failed to complete a two-point conversion attempt.

It was Mahomes’ 22nd touchdown pass of the season. He’s had an excellent 2019 campaign despite missing a few games with a knee injury. Coming into the game against the Broncos, Mahomes had 3,266 passing yards and a 64.5 completion percentage.