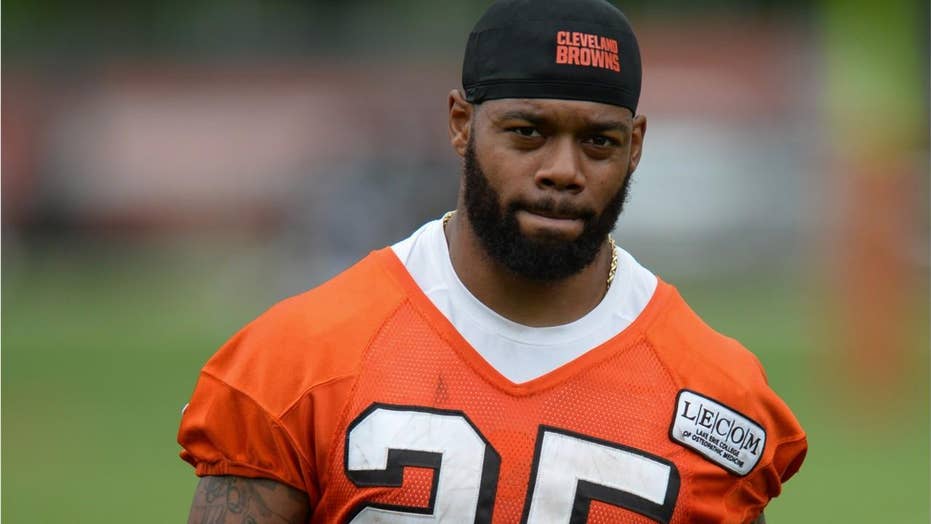 Former NFL player, George Atkinson III, has died. The 27-year-old's death comes approximately one year after his twin brother committed suicide. There was no cause of death announced for Atkinson III.

George Atkinson III, a former NFL player and college football standout, has died, according to multiple reports. He was 27.

There was no cause of death announced for Atkinson III. The Athletic reported Tuesday that he was battling with depression since the death of his twin brother Josh Atkinson – who died by suicide about a year ago. Both were sons of Pro Bowl defensive back George Atkinson II, who played for the Oakland Raiders and Denver Broncos over the course of his NFL career.

Atkinson III went on to play in the NFL. He played with the Raiders in 2014 and the Cleveland Browns in 2016.

The brothers had a rough family upbringing. Atkinson III detailed their family life in an open letter published on TheUnsealed.com after his brother’s death. He revealed that his mother self-medicated with crack and that they would move around a lot because she wouldn’t be able to pay rent.

The brothers lived with their mother until they were 13 when their father took custody of them.

Atkinson III detailed his struggles with his mental health but said he wouldn’t be around without his young daughter.

“Without my daughter, I don’t know where I would be right now. She gave me that second wind of motivation,” he wrote.

“I went to seek help and spoke to a psychologist. I realized I had to let go of this ego that made me think sharing my feelings was showing weakness. Also, I had to learn to love myself.

“Like you, I am still struggling. My mother’s birthday just passed and I know the holidays this year won’t be easy. But I am trying to take life one day at a time.”