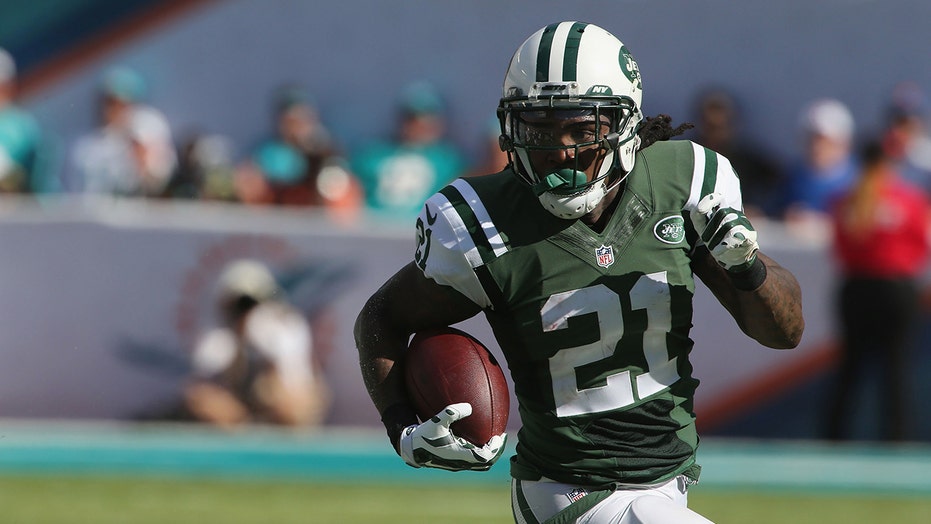 There was a point in time when NFL running back Chris Johnson was the best at his position.

Johnson, a three-time Pro Bowler with the Tennessee Titans from 2008 to 2010, put together one of the greatest seasons for a halfback in league history during the 2009 NFL season.

He was one of only seven running backs to reach the 2,000-yard milestone, as he finished with a league-high 2,006 rushing yards, to go along with 14 rushing touchdowns, and 50 receptions for 503 receiving yards and two more scores in a first-team All-Pro season.

Johnson spent six seasons with the Titans before making his way over to the New York Jets, which he says was one decision that he regretted during his career. He said Tuesday he should have signed with the Baltimore Ravens instead.

"Just thinking to myself how did I pick going to jets over Baltimore Ravens in 2014," Johnson tweeted, adding: "what a bad decision !!!! [sic]"

"If it was up to me I would of played my whole career there," he said in response to a Twitter user who said: "Should have just stayed in Tennessee."

Johnson said the money was the same at both places. He was given a three-year, $9 million contract by the Jets.

After running for at least 1,000 yards in his first six seasons in the league, he ran for just 663 yards in 2014 with the Jets and was released with two years left on his contract.

After leaving the Jets, Johnson played three more seasons with the Arizona Cardinals but never regained his form from the days he was in a Titans uniform.