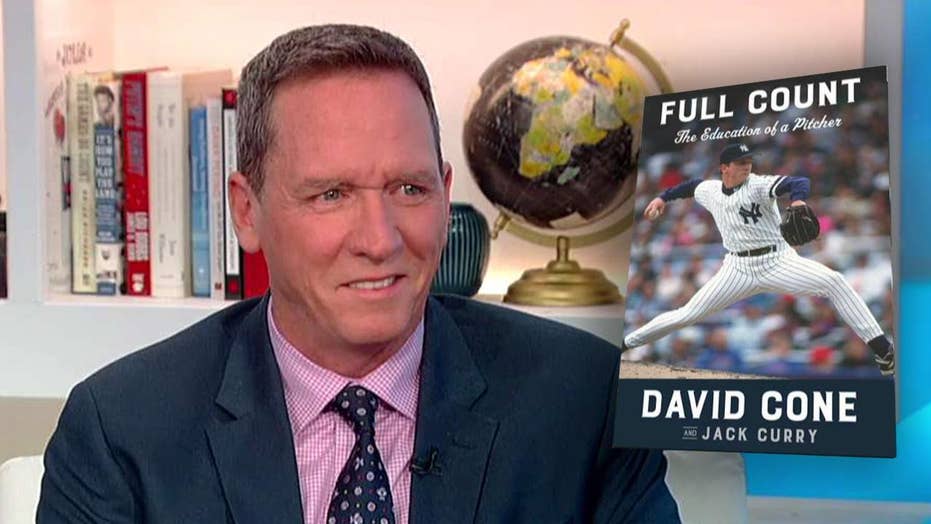 Former Met and Yankee David Cone shares lessons from the World Series and beyond including never-before-told stories from his most memorable games in 'Full Court.'

Former Major League Baseball All-Star pitcher David Cone opens up about his mistakes and life lessons in the new book “Full Count: The Education of a Pitcher.”

Cone was a five-time All-Star and five-time World Series champion during his nearly 17 years in the big leagues. He won the American League Cy Young Award in 1994 and pitched a perfect game in 1999. He currently serves as color commentator for the New York Yankees in the broadcast booth.

Despite his massive success on the baseball diamond, Cone wanted “Full Count” to be an honest account of his life and career, including the difficulties and insecurities.

“Some of the best players that I’ve been around, some of the best athletes in the world, sometimes are the most insecure ones,” Cone said on “Fox & Friends” Tuesday.

He said the memoir chronicles his start in baseball, from playing whiffle ball in the backyard as a child to being coached by his father, who he called “the best coach I ever had.”

Cone explained that his dad taught him about work ethic and controlling his volatile temper, which he struggled with for much of his career.

He revealed that he received another valuable lesson after his hometown team, the Kansas City Royals, traded him to the New York Mets due to behavioral issues.

Perhaps the singular highlight of Cone’s career was when he pitched the 16th perfect game in MLB history at the age of 36 in a July 18, 1999 contest against the Montreal Expos at Yankee Stadium.

He recalled that before coming out for the ninth inning, he went into the clubhouse restroom and looked at himself in the mirror.

“I went into the bathroom, put my hands on the sink and had that proverbial talk in the mirror with myself,” Cone said.

“It was good angel, bad angel. It was, 'You can do this, positive thinking.' And there was, 'Don’t blow it, this is your last chance.' It was a remarkable meeting. I’ve never done that before. And I tell about it in the book.”