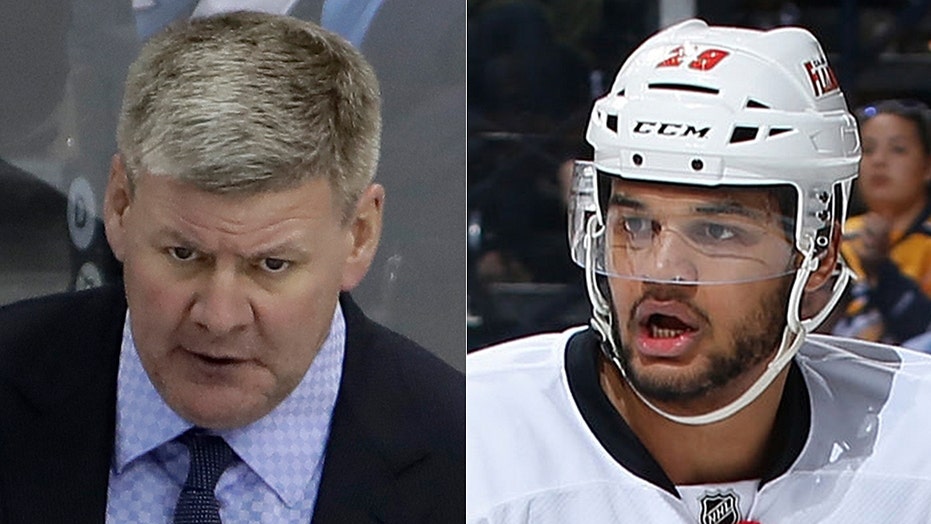 Calgary Flames head coach Bill Peters was accused by a former player of directing racial slurs at him during their time in the minor leagues and then arranging the player’s demotion when he complained.

Akim Aliu, a Nigerian-born hockey player who was with the Flames from 2011 to 2013, made the accusations on Monday via Twitter. The alleged incident occurred more than a decade ago while Aliu was in the Chicago Blackhawks organization. He didn’t mention Peters by name.

“Not very surprising the things we’re hearing about [former Toronto Maple Leafs coach Mike Babcock]. Apple doesn’t fall far from the Tree, same sort of deal with his protege in YYC. Dropped the N bomb several times towards me in the dressing room in my rookie year because he didn’t like my choice of music. First one to,” the tweet read.

Babcock had been a mentor to Peters since Babcock coached him in college.

Aliu played under Peters when the two were with the Rockford IceHogs – the Blackhawks’ American Hockey League minor-league affiliate from 2008 to 2010. Aliu alleged that Peters asked the organization to demote Aliu to a lower minor league level and he was – to the Toledo Walleye of the ECHL during the 2009-10 season.

“We're aware of a tweet from former player Akim Aliu,” Treliving said in a statement. “And obviously, we're playing, so I haven't had the chance to sit down with Bill or our people internally to talk about this and get to the bottom of it. We take these matters very, very seriously.”

He added that the team “will address it and get back to you people once we have a chance to speak internally.”

Peters was not made available to speak with the media after a game against the Pittsburgh Penguins on Monday.