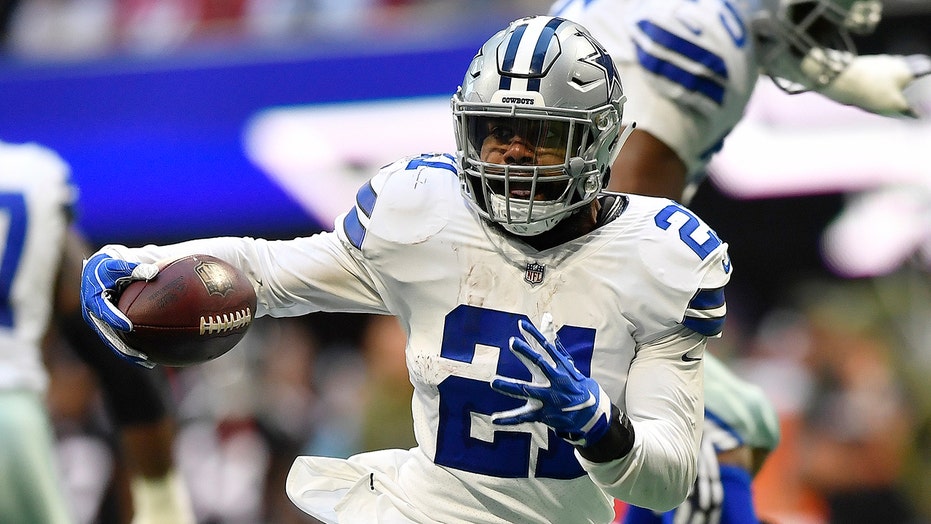 A Texas man is accusing the Dallas Cowboys of conspiring with a local police department’s investigation into a car accident involving running back Ezekiel Elliott, according to a Tuesday court filing.

Ronnie Barnard Hill, of Frisco, claims Dallas Cowboys employees tried to influence the investigation into the Jan. 11, 2017 crash, in which Elliott reportedly struck his car, the Dallas Morning-News reported.

In a recent amendment to the lawsuit, which was initially filed last year, Hill’s attorney accused the Cowboys franchise of trying to mask the severity of the crash to ensure Elliott did not miss a game.

"While Hill was trying to compose himself and assess the situation Elliott who was late to practice had already notified Dallas Cowboy personnel who were on the scene and had already spoken with the police department before Hill even knew what was happening," the lawsuit says.

Hill is now seeking at least $20 million. In the original lawsuit, he sought $1 million from the NFL star.

The lawsuit alleges that Elliott admitted fault in the crash, and that his coach Gary Brown, who was also on the scene, allegedly told Hill not to worry about anything, get checked out and “we will take care of everything,” according to the report.

"If anyone had actually reported the impact of the accident and had Elliott been examined, he would have most likely been placed in concussion protocol and out for the Dallas Cowboys upcoming playoff game," the lawsuit adds.

In the accident report, police say Elliott “accidentally ran a red light” and struck Hill’s BMW. Elliott did not receive a citation for the crash.

The lawsuit claims the force of the collision caused his BMW to rotate more than 90 degrees, and that a tow truck had to pull the two vehicles apart after being wedged together.

Hill’s attorney says his car sustained more than $33,000 in damages and that he later sought medical treatment. The attorney also claims Hill has faced persistent issues without detailing the injuries.

The city of Frisco told the Dallas Morning-News the allegation of a cover-up is "false." The city said both parties were offered and refused medical attention.

The Cowboys didn't immediately respond to a request for comment by Fox News.

A jury trial for the case is set for February.