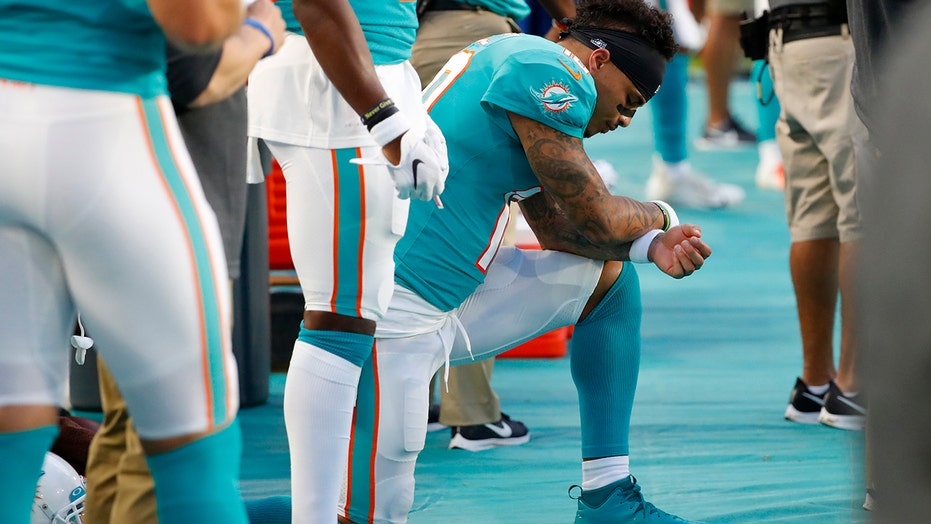 Stills told reporters after the team’s game Thursday night against the Atlanta Falcons that his comments aren’t political and there’s a contradiction in Ross supporting racial equality and Trump.

“It's not right,” Stills said. “Our country is in a rough place right now. I think there are other candidates he could support, but it's not about Democrat or Republican. It's about why are you trying to help this man raise money to continue to do the things he has been doing.”

The wide receiver, who is among NFL players still kneeling during the national anthem, said he has received between five and 10 death threats on social media over his tweet.

Trump is set to attend a luncheon in Southampton, New York, at Ross’ home Friday, according to The Washington Post. Tickets for the photo-op and lunch reportedly cost $100,000 and the ability to be a part of a roundtable discussion with the president costs $250,000.

Stills tweeted: “You can’t have a non profit with this mission statement then open your doors to Trump.”

Still said he still hasn’t spoken to Ross since the tweet, but plans to at some point. He said he doesn’t’ feel any ill will toward Ross.

Ross released a statement on the issue, saying: “I have always been an active participant in the democratic process. I have known Donald Trump for 40 years, and while we agree on some issues, we strongly disagree on many others and I have never been bashful about expressing my opinions.”

Ross added that he wanted to help support Trump’s reelection campaign because he likes to “engage directly and support the things I deeply care about.”