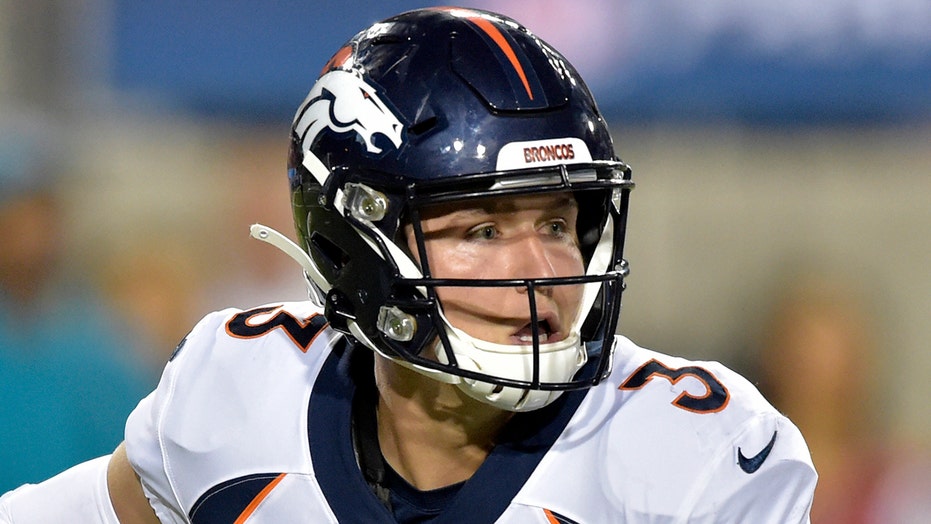 The Drew Lock era is set to truly begin in Denver. And to make sure that he reaches his highest potential as the team's starting quarterback, general manager and Broncos legend John Elway handed him the keys to a Ferrari.

Lock, who will enter his first season as Denver's starter, played in only five games last season, and he showed a lot of promise by leading the Broncos to a 4-1 record with victories over the Detroit Lions, Houston Texans, Los Angeles Chargers, and at-the-time Oakland Raiders. Lock threw for 1,020 yards and seven touchdowns over that span.

The Broncos' offense featured running backs Phillip Lindsay and Royce Freeman, wide receiver Courtland Sutton, and tight end Noah Fant. All of those pieces are returning in 2020, along with former Chargers running back Melvin Gordon, who was signed by the team in the offseason, and the Broncos selected former Alabama standout Jerry Jeudy with their first-round pick in the 2020 NFL Draft and Penn State product K.J. Hamler in the second round.

Unfortunately, the Broncos may have taken another hit with a late Von Miller leg injury. Miller is feared to miss the entire 2020 season over the injury. The team has yet to say whether that will be the case.

If the football bounces their way more in 2020, the Broncos have a great chance to make the playoffs in the AFC.

Here's what else you need to know about the Broncos this year.

With the No. 15 pick in the 2020 NFL Draft, the Broncos took former Alabama wide receiver Jerry Jeudy.

Jeudy spent three years at Alabama and was regarded as one of the best wide receiver prospects in the class. As a sophomore, Jeudy was a key piece of the Crimson Tide's young wide receiver core. He was the recipient of the Biletnikoff Award, which is awarded to the nation’s top wide receiver. Jeudy was also a consensus first-team All-American. He had 68 receptions for 1,315 and 14 touchdowns.

Jeudy concluded his career at Alabama with 26 career touchdown receptions, which is second all-time in program history only behind Amari Cooper’s 31 TDs from 2012-14. The Crimson Tide have a proven track record of grooming top wide receiver talent, a list that includes Jeudy, fellow classmate Henry Ruggs III, and Cooper along with Julio Jones and Calvin Ridley. So, Jeudy should make a smooth transition to the pros, especially if Lock ends up being a franchise quarterback.