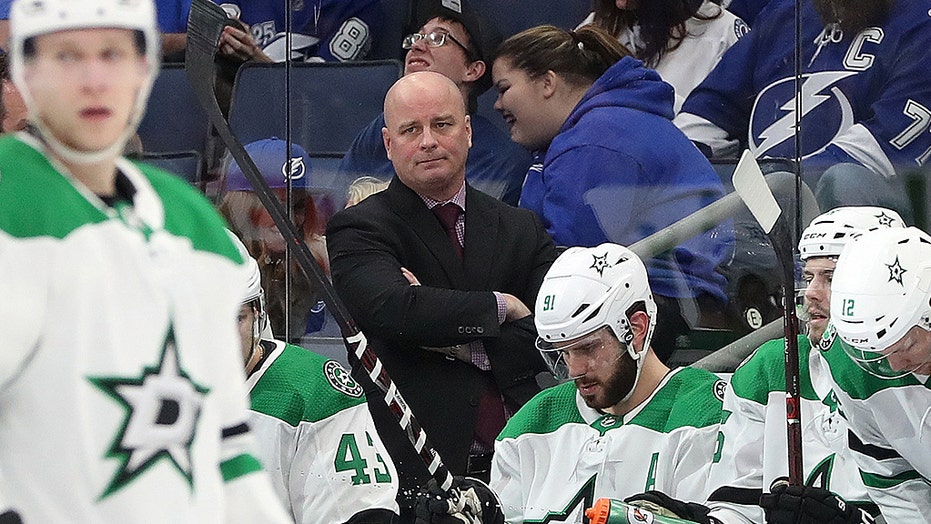 The Stars put out a statement announcing the dismissal of Montgomery, 50, as head coach “effective immediately” because of alleged conduct that went against the organization’s “core values,” Nill said.

"The Dallas Stars expect all of our employees to act with integrity and exhibit professional behavior while working for and representing our organization,” his statement read. “This decision was made due to unprofessional conduct inconsistent with the core values and beliefs of the Dallas Stars and the National Hockey League."

Nill did not elaborate why he was fired but said during a news conference Tuesday that he received a phone call on Sunday regarding “material act of unprofessionalism,” the New York Post reported.

A source told TSN that it was not “abuse related.”

The mysterious firing comes a day after NHL Commissioner Gary Bettman announced a four-point plan to curb any incidents of inappropriate behavior by club personnel. He also said that NHL personnel will be required to attend mandatory counseling regarding racism and anti-bullying.

But sources alleged that the league was aware of the Montgomery situation before Bettman’s news conference.

Rick Bowness, who came on as an assistant coach with Montgomery, was named interim head coach for the remainder of the season, starting with Tuesday night's home game against the New Jersey Devils.

In all, four NHL coaches have lost their jobs already this season — three of them amid allegations of misbehavior.

Calgary coach Bill Peters resigned last month following accusations by former NHL player Akim Aliu that Peters had directed racist slurs toward him while the two were in the minors a decade ago. Peters was also accused of physical abuse while coaching the Carolina Hurricanes.

Coach Mike Babcock was accused of verbal abuse after he was fired by the underperforming Toronto Maple Leafs, and Chicago assistant Marc Crawford is being investigated for alleged physical abuse of players.