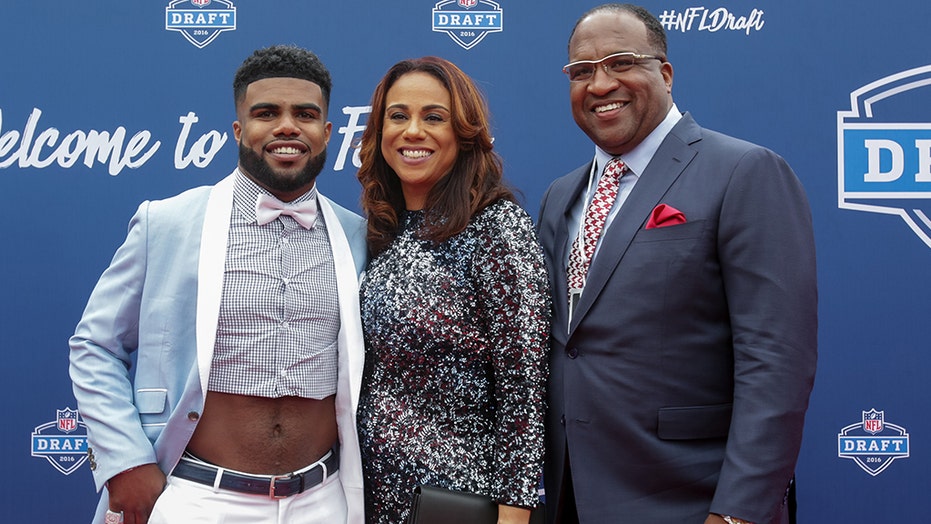 Ohio authorities on Thursday searched the home of Dallas Cowboys running back Ezekiel Elliott’s father after police shot and killed a loose African cat they believe he owned.

A Fairfield County deputy was forced to shoot and killed a serval cat Sunday after a person called 911 to report that the animal was attacking their dog, detective David Maple told The Columbus Dispatch. When deputies arrived at the scene, authorities said they felt threatened and shot the animal.

“I don’t know how long it had been out [or] when it had last eaten, but over time they’re going to resort back to their normal behaviors,” Chief Deputy Alex Lape told WBNS-10TV.

According to the newspaper, the Ohio Department of Natural Resource identified the animal as a serval cat. A serval cat is native to Africa and to own one in Ohio requires a special permit. Officials said there are no serval cats kept with a permit in the county.

The animal is about a foot tall, has a small head, large ears, black spots and a black striped tail.

Agriculture Department officials told The Columbus Dispatch that Stacy Elliott’s home was searched because there was “significant evidence” he owned the cat. The officials also took photos for their investigation, department spokeswoman Shelby Croft told The Dispatch.

Croft said having a wild animal without a permit in Ohio is a first-degree misdemeanor while it is a fifth-degree felony to intentionally release an exotic animal or allow it to escape.

Ezekiel Elliott of Ohio State arrives with his mom Dawn and father Stacy to the 2016 NFL Draft on April 28, 2016 in Chicago, Illinois. (Photo by Kena Krutsinger/Getty Images)

Stacy Elliott is the CEO of Fifth Down Management, which bills itself as a marketing agency for athletes.

Ezekiel Elliott attended Ohio State University and starred as the Buckeyes’ running back from 2013 to 2015 before turning pro and getting drafted by the Cowboys.