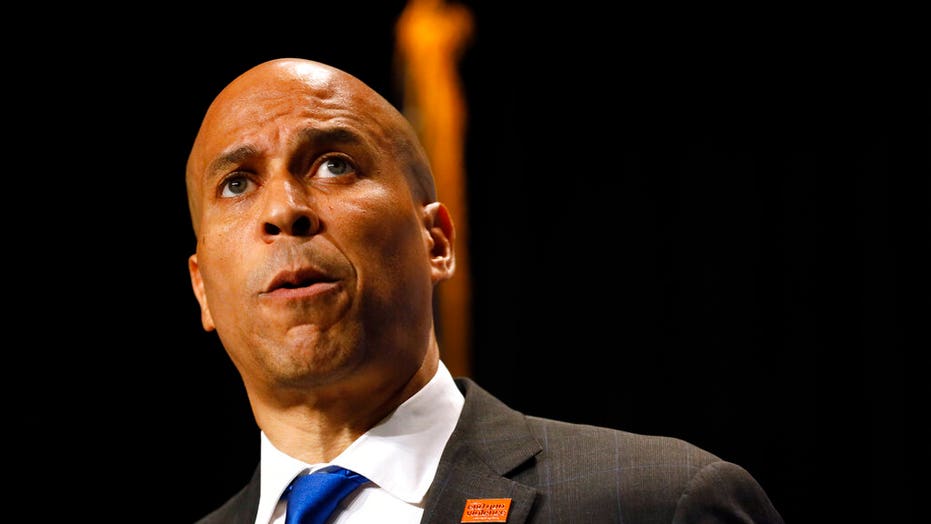 Sen. Cory Booker, D-N.J., has a dream and it may not be what you think.

Booker, who hopes to earn the Democratic Party’s nomination for president, vowed in an interview on a podcast by Brad Jenkins, a former aide to President Barack Obama, that should if Booker is able to invite his favorite NFL team to the White House after winning a Super Bowl he will make sure to call them what -- he says -- they are.

“Can I tell you a dream?” Booker said. "And I’m running for president for every reason, but this.

“But should I become president of the United States, and the stars in the universe line up, and my team is the Super Bowl champions that year, I’m telling you right now, when they’re in the White House, I will turn to the world and say — it won’t be a slip of the tongue — I will say, ‘I am proud to be here with the New Jersey Giants. At that point, I figure I will have swagger, Secret Service, the nuclear codes. Are they really going to step to me and correct me?

“No, they’re going to be fine with it. I think you’ll get – here’s the thing. New York, you’ve got enough. You took our Nets from us.”

The Nets started in the American Basketball Association as the New Jersey Americans before moving to Long Island and becoming the New York Nets. The Nets won two ABA championships before the league merged with the NBA. The team moved back to New Jersey in 1977 and played in the state until 2012. The team then moved to Brooklyn – where they are currently.

Booker said he talked to the Giants owners about renaming the team the New Jersey Giants – but the owners didn’t budge. He said the only true New York team is the Buffalo Bills.

“The Bills are the only true New York team,” he said.