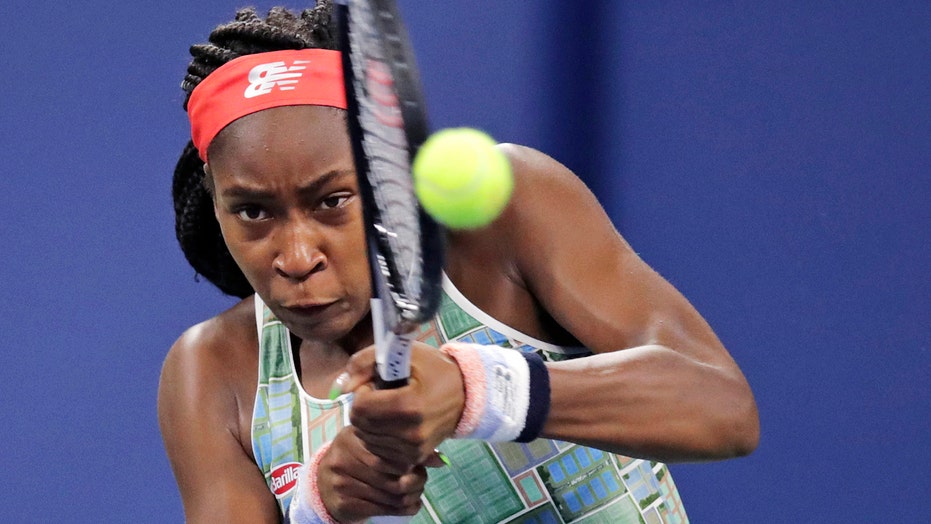 Coco Gauff reached her first WTA quarterfinal when Kateryna Kozlova retired during the third set of their second-round match at the Upper Austria Ladies.

Gauff trailed by a set and a break but was on the verge of a comeback when Kozlova retired with the American teenager leading 4-6, 6-4, 2-0.

At 15 years and 214 days, Gauff became the youngest player to reach a WTA quarterfinal since January 2005, when Sesil Karatancheva did it at 15 years and 153 days.

"It's a good accomplishment, and hopefully I can continue to push that to the semifinals," Gauff said. "I guess that I'm used to being the youngest to do a lot of things, and I hope that I can continue to do that and enjoy my youth years, because as everyone tells me, it doesn't last long."

Gauff is playing in her first tournament since losing to Naomi Osaka in the third round of the U.S. Open and only made the main draw in Linz as a "lucky loser" after losing in qualifying. She beat Stefanie Voegele in straight sets in her opening match on Tuesday at the indoor tournament.

"I just want to continue to use these matches to improve. My dad told me he saw improvements even since the U.S. Open," Gauff said. "Right now, it's all about matches for me, and getting more matches under my belt, as much as possible. I feel fresh and eager to do well."

Gauff had her major breakthrough at Wimbledon this year where she reached the fourth round, but had never won a tour-level match indoors before this week.

Top-seeded Kiki Bertens advanced to the second round by beating Masaki Doi of Japan 6-4, 7-5, while No. 8 Ekaterina Alexandrova defeated Kristyna Pliskova 3-6, 6-0, 6-1.

Bertens next faces Alison Van Uytvanck of Belgium and would play Gauff in the quarterfinals if she advances.