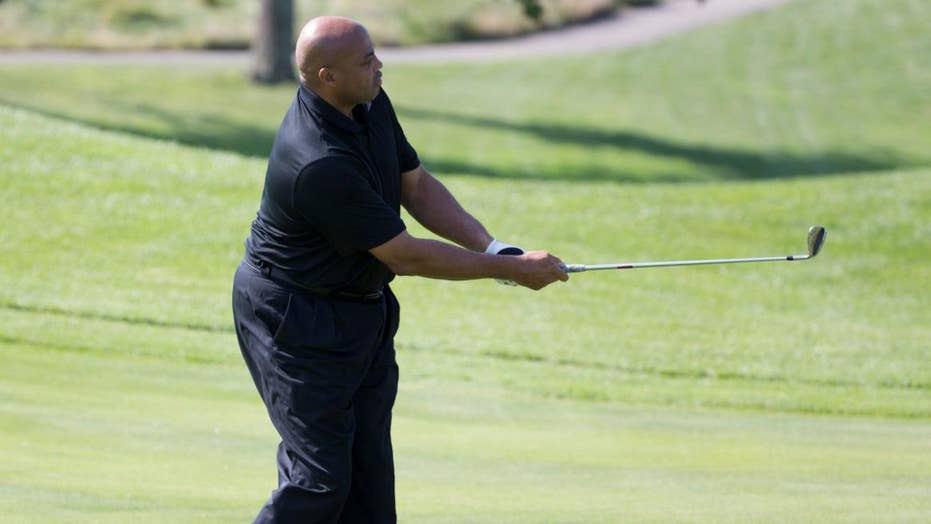 Charles Barkley joined the broadcast of ‘The Match’ between Tiger Woods and Phil Mickelson and slammed the golf giants’ game.

NBA legend and broadcaster Charles Barkley was booed Sunday after he criticized the Minnesota Timberwolves in their home state.

Barkley, 56, appeared at the Capital One JamFest in Minneapolis after being featured in a number of Capital One commercials during NCAA March Madness. Pop star Katy Perry was performing a free concert at the event and the crowd appeared excited to see the sports broadcaster -- until he made a controversial declaration, according to a video obtained by TMZ Sports.

“Well I want to thank Minneapolis, Minnesota, you guys have a great, great city,” he said. “I want to thank y’all for a great weekend. I haven’t been here for a long time because the Timberwolves suck!”

The crowd immediately booed Barkley who looked surprised by the reaction.

Barkley had a rough weekend after his college team, the Auburn Tigers, fell to the Virginia Cavaliers on Saturday night. The Cavaliers ended up beating Texas Tech to win their first NCAA title Monday night. The Timberwolves currently have a losing record of 36-44 and are slated to miss the playoffs for the 14th time in 15 seasons.