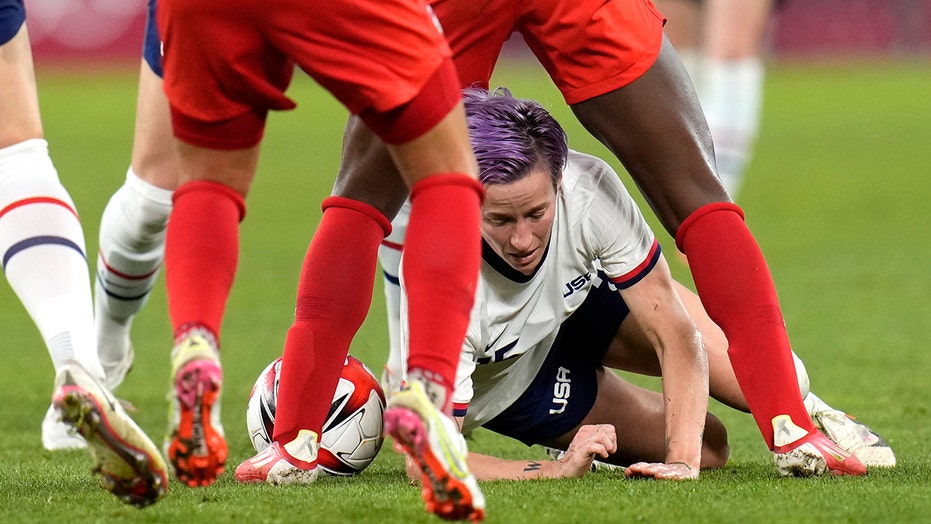 Canada defeated U.S. women’s soccer on Monday and took away its hopes of a gold medal at the Tokyo Olympics.

Canada’s Jessie Fleming converted on a penalty shot in the 75th minute to get the lead. The team would never look back and ended up beating the U.S., 1-0.

Canada took the penalty after VAR determined the U.S.' Tierna Davidson committed a foul on Canada's Deanne Rose in the box.

Canada also made it to the quarterfinals of the 2015 Women’s World Cup and the Round of 16 in the 2019 World Cup and had never finished higher than fourth place in the event.

Canada now faces the winner of Australia-Sweden in the gold-medal match.

The U.S. looked shaky during Olympic play. The team lost 3-0 in its opening match to Sweden, beat New Zealand and then tied with Australia to barely make the knockout stage. The U.S. needed penalties to defeat the Netherlands before playing Canada.

The U.S. will be in the bronze-medal match against the loser of Australia-Sweden. The team won gold in the 2012 Games and finished fifth in the 2016 Games.