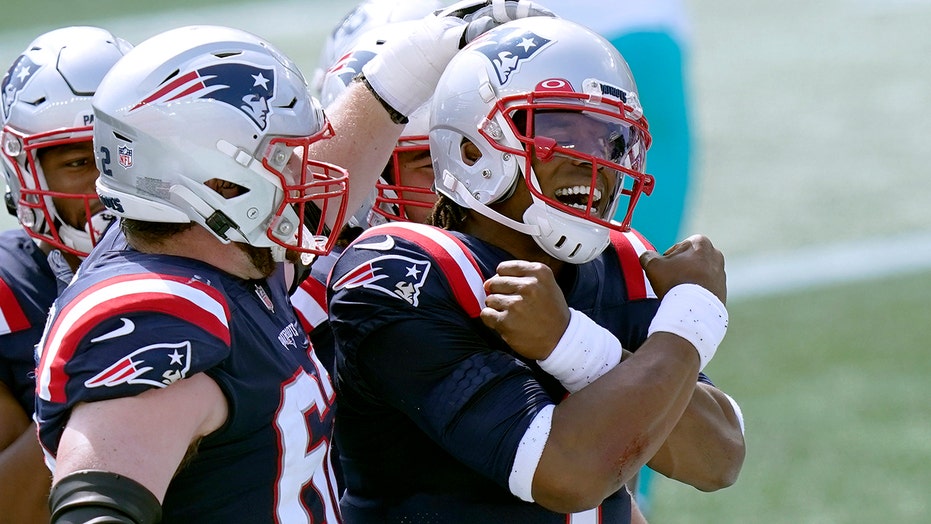 Cam Newton scored his first touchdown with the New England Patriots on Sunday during the team’s first game of the 2020 NFL season against the Miami Dolphins.

Newton ran the ball four yards for the Patriots’ first score of the game in the second quarter. He paid tribute to the late Chadwick Boseman when he celebrated the touchdown.

New England led Miami, 7-3, at halftime. Newton was 6-for-9 with 72 passing yards and had 24 rushing yards on five carries.

Miami’s Jason Sanders was responsible for the team’s lone score. He nailed a 46-yard field goal with 3:53 remaining in the half.

Newton arrived at Gillette Stadium earlier in the day in a getup only a stylish figure like he could pull off.

The No. 1 overall pick in the 2011 NFL Draft, Newton led the Panthers to three straight NFC South titles from 2013-15, and a Super Bowl appearance during the 2015 season when he was awarded the league MVP. He also earned three Pro Bowls in nine seasons.