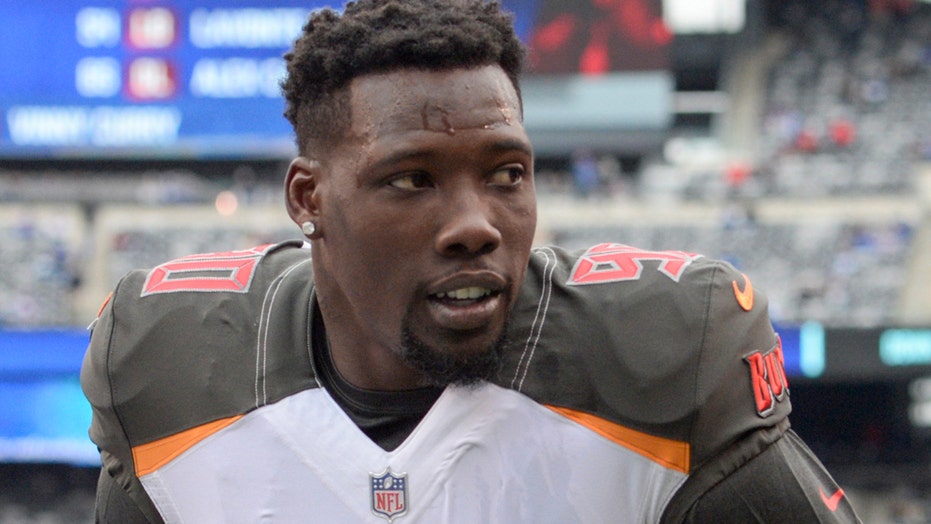 Defensive end Jason Pierre-Paul #90 of the Tampa Bay Buccaneers walks off the field prior to a game against the New York Giants on November 18, 2018 at MetLife Stadium in East Rutherford, New Jersey. New York won 38-35. (Photo by: 2018 Nick Cammett/Diamond Images/Getty Images)

The nine-year veteran may need surgery and will visit with other surgeons for more opinions on what he should do, ESPN reported.

“As we stated last week following the news of Jason's auto accident, our immediate concern was for both Jason and his passenger,” Buccaneers GM Jason Licht said in a statement. “While Jason was treated and released in South Florida the same day of the accident, we wanted to ensure that our medical team had an opportunity to perform a thorough evaluation here in Tampa, and that process is currently ongoing.”

Pierre-Paul recorded 12.5 sacks last season and played in all 16 games for the Buccaneers. It was his highest sack total since 2014 when he lined up for the New York Giants.

The Giants traded Pierre-Paul to the Buccaneers last offseason for a couple of draft picks.