NFL star J.J. Watt on Tuesday shared a photo of his dogs after they’d evidently been “fixed.”

“Rough day over here for the pups,” the tweet read. “They’re not too happy about it, but handling it like champs.”

One Twitter user suggested the Houston Texans defensive end should wear his football helmet “all day as a sign of household solidarity.”

"Bless you for neutering your dogs!" another Twitter user wrote.

When not taking care of his pups or preventing touchdowns, Watt is renowned for his charity efforts. After Hurricane Harvey devastated the Houston area in 2017, his foundation raised nearly $42 million to help Gulf coast of Texas recover. 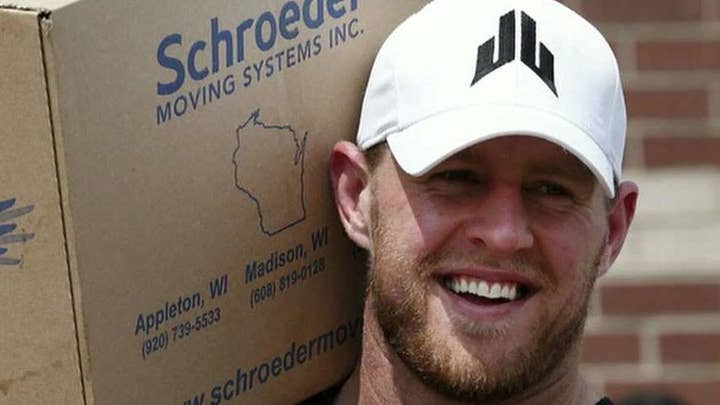 And last year, Watt offered to pay for the funerals of those who were killed in a shooting in Sante Fe, Texas, that left at least 10 dead and 10 more injured.