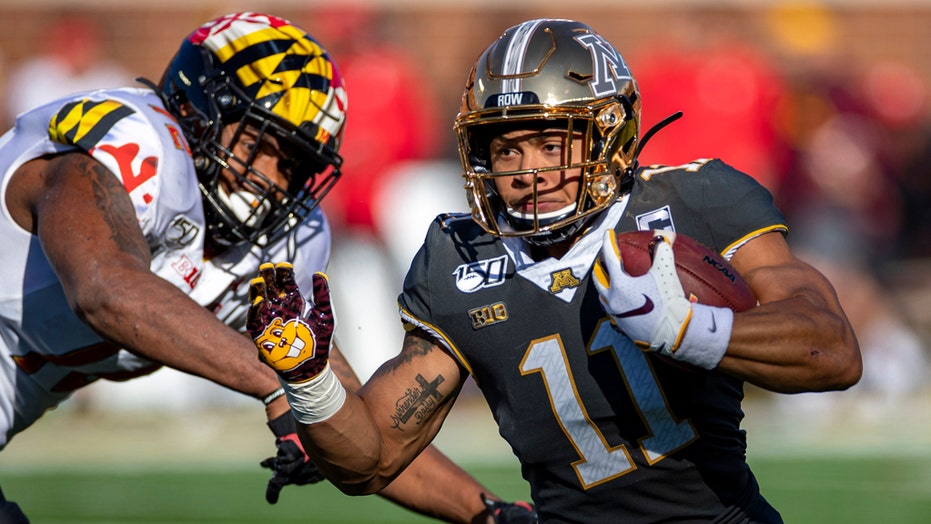 Former Minnesota Golden Gophers defensive back Antoine Winfield Jr. thinks it was more than his standout year as a redshirt sophomore that landed him with the Tampa Bay Buccaneers at No. 45 in the draft.

Winfield took to social media on Monday to share a very personal look at his “lucky underwear,” which he calls his “secret weapon.”

JAMEIS WINSTON WILL LEARN MORE UNDER SAINTS’ DREW BREES ‘THAN HE HAS IN HIS LIFETIME,’ ASSISTANT GM SAYS

Winfield's not so secret weapon is his strength and toughness on the field.

He had a strong freshman year, totaling 52 tackles, 2.5 tackles for a loss and one interception. After battling injuries the following year, Winfield had an impressive season in 2019, totaling 88 tackles, three sacks and seven interceptions.

After earning unanimous first-team All-American honors and being named 2019 Big Ten Defensive Back of the Year, Winfield was picked in the second round by the Buccaneers in the NFL’s first-ever virtual draft Thursday night.

He will follow in the footsteps of his father, former NFL defensive back Antoine Winfield, who played for the Buffalo Bills and the Minnesota Vikings.