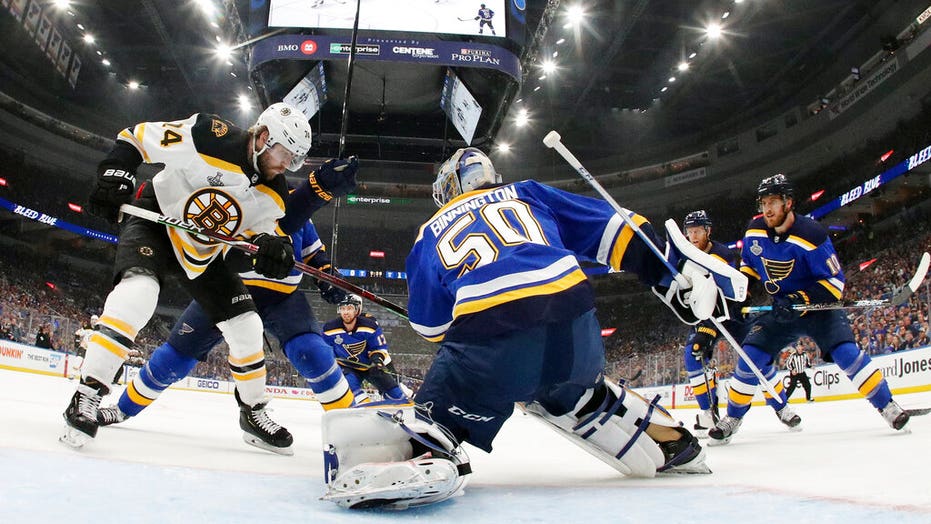 ST. LOUIS – Facing elimination in a quite hostile environment, Brad Marchand and Tuukka Rask stepped up for the Boston Bruins once again.

The Stanley Cup Final is heading to Game 7 because two of Boston's biggest stars love the biggest moments.

Rask made 28 saves, Marchand had a goal and an assist, and the Bruins beat the St. Louis Blues 5-1 on Sunday night to even the bruising, physical final at three games apiece.

SEE IT: FIGHT REPORTEDLY BREAKS OUT AMONG BRUINS FANS DURING GAME 5

David Pastrnak had a goal and an assist as Boston became the 17th team to go on the road and force a Game 7 in the Stanley Cup. The Bruins also were the last franchise to accomplish the feat, coming all the way back to win the championship against Vancouver in 2011.

The deciding game is Wednesday night in Boston.