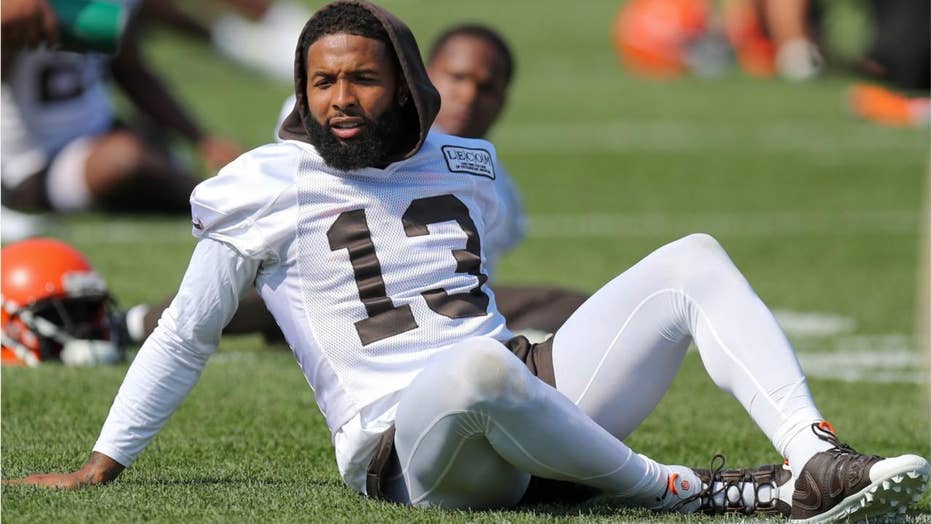 New York Giants' Eli Manning claps back at Cleveland Browns' Odell Beckham Jr. despite his gesture to his new fan base.

Evan Hayes, 5, was in attendance for the Browns’ fourth training camp session and received a gift he will never forget, according to the Cleveland Plain-Dealer.

Beckham is seen on video changing his cleats and then handing over the new ones to the youngster.

Beckham participated in several drills and made some acrobatic catches.

He is entering his first season with the Browns. The New York Giants traded him to Cleveland earlier in the offseason.