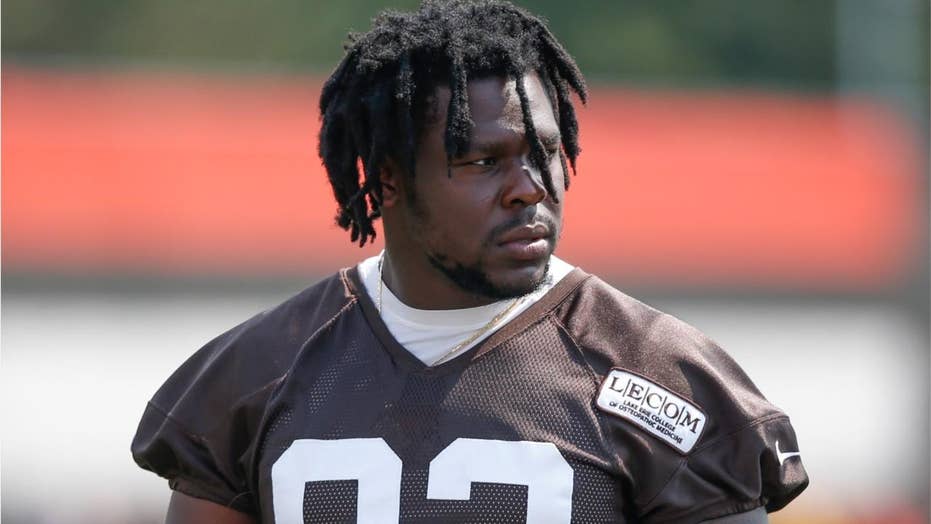 Cleveland Browns' Chad Thomas season off to a rough start as they lose a top defensive end to injury at practice.

Cleveland Browns defensive end Chad Thomas was immobilized on the field and taken away by an ambulance after suffering a neck injury during practice Monday.

Thomas, 23, sustained a sprained neck in what initially appeared to be a more serious injury. He was back at the Browns’ facility later in the evening, a team spokesman told the Associated Press. His return to practice will be determined on a day-to-day basis.

Thomas, a third-round pick in 2018, took a blow to his right shoulder and head area during a play at practice. He initially stood up and then went down to the ground and was treated by Browns personnel.

It was a jarring moment for Thomas’ teammates.

“It's never a moment at any point in time in any sport — or in anything — that's a sight that anybody wants to see,” Browns wide receiver Jarvis Landry told reporters. “Chad's in our prayers.”

Coach Freddie Kitchens said it was a reminder of the brutal nature of the sport.

“In our game, that's reality,” he said. “Sometimes that happens during the course of a game and mentally we've got to keep moving forward. At the end of the day, this is still practice, so you don't want to see your teammate laying there."

“But again, the protocol for anything like that is sometimes it looks worse than it is. Not to make any light of it. It's a serious nature, but Joe [Sheehan, team president of player health and development] and his staff did everything to protocol to make sure there was no damage done after the fact," Kitchens added.

Thomas played in four games last season for the Browns. He’s expected to get more playing time this season.