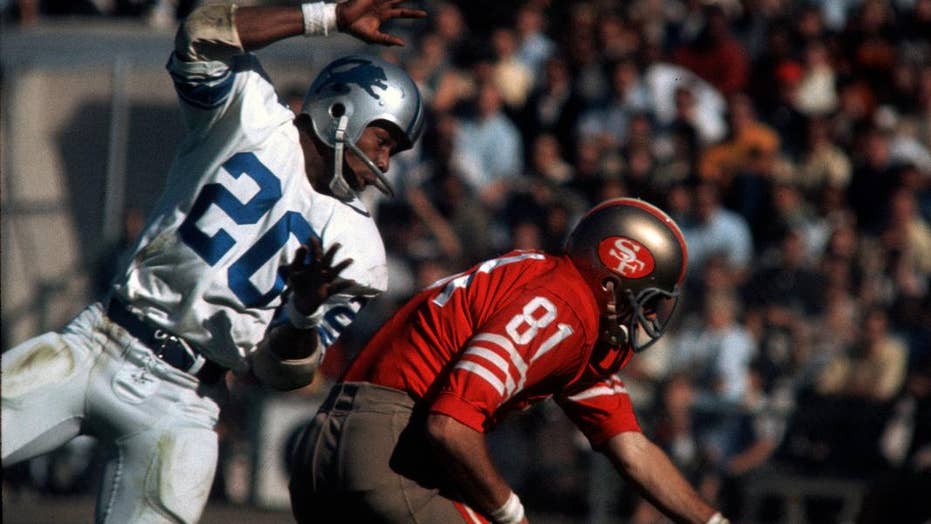 Dave Parks, a former All-Pro wide receiver and tight end who played 10 seasons in the NFL, died Thursday at his home in Texas. He was 77.

“Dave Parks will forever be remembered as one of the greatest Red Raiders of all-time,” Texas Tech athletic director Kirby Hocutt said in a news release. “He set the standard for the wide receiver position and was a loyal Red Raider throughout his life. Our thoughts and prayers are with his family at this difficult time.”

His Texas Tech record for the longest interception return for a touchdown -- 98 yards -- still stands.

Parks was inducted into the College Football Hall of Fame in 2008.

The San Francisco 49ers selected Parks with the No. 1 pick in the 1964 NFL Draft. He is still one of only three wide receivers -- with Irving Fryar in 1984 and Keyshawn Johnson in 1996 -- to be selected with the top pick.

Parks played with the Niners from 1964 to 1967. He made the Pro Bowl twice and was a First-Team All-Pro selection in 1965 when he led the league with 80 receptions, 1,344 receiving yards and 12 touchdown catches.

In his final season, Parks suited up for the Houston Oilers. He played in five games for Houston and only had three catches, one of them for a touchdown.

According to the New Orleans Times-Picayune, Parks served as the associate director of the Texas Ranger Law Enforcement Association and was on the executive board of Dallas’ NFL Retired Players Association. Parks is also known for inventing the “Speedy Weedy” lawn tool.