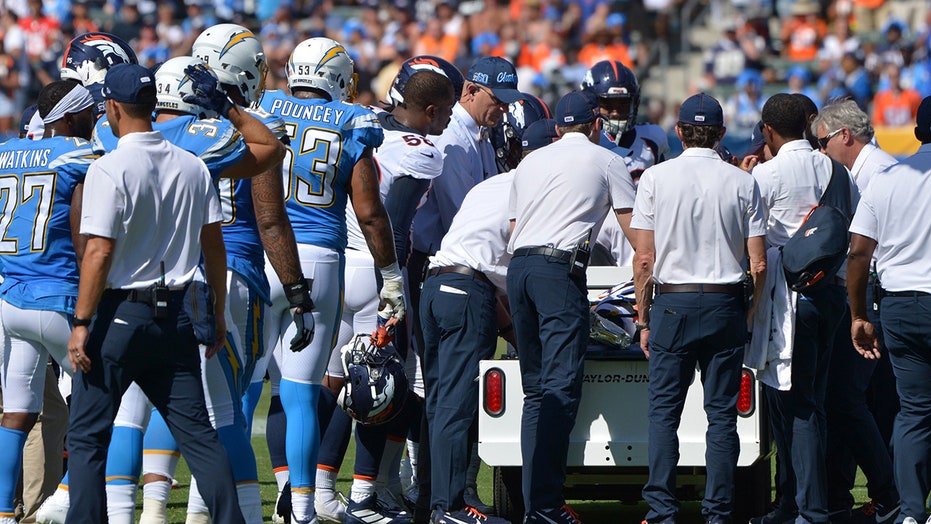 Denver Broncos cornerback De’Vante Bausby was taken off the field on a medical cart during a game against the Los Angeles Chargers on Sunday.

Bausby suffered an apparent neck injury in the second quarter when he collided with teammate Alexander Johnson as the two tried to make a tackle on running back Austin Ekeler.

“Broncos CB De’Vante Bausby is out for the remainder of today’s game after suffering a neck injury. De'Vante has movement in all extremities, and he is being taken to a local hospital for further evaluation,” Broncos executive vice president of public and community relations Patrick Smyth tweeted.

Broncos coach Vic Fangio provided an update on Bausby after the game.

“Everything’s good up to this point,” Fangio said, according to DenverBroncos.com. “They’re going to give him another MRI here and if it comes out the way they like it, he’s going to accompany us on the trip home. But he has movement in all his extremities, and the news up to this point is positive.”

Bausby was in his fifth game of the season with the Broncos when he was injured.

Going into Sunday’s game, he had recorded 11 total tackles and three pass deflections.

He had previously played for the Philadelphia Eagles and Chicago Bears before joining the Broncos in 2019.

Denver came away with the win over Los Angeles, 20-13.