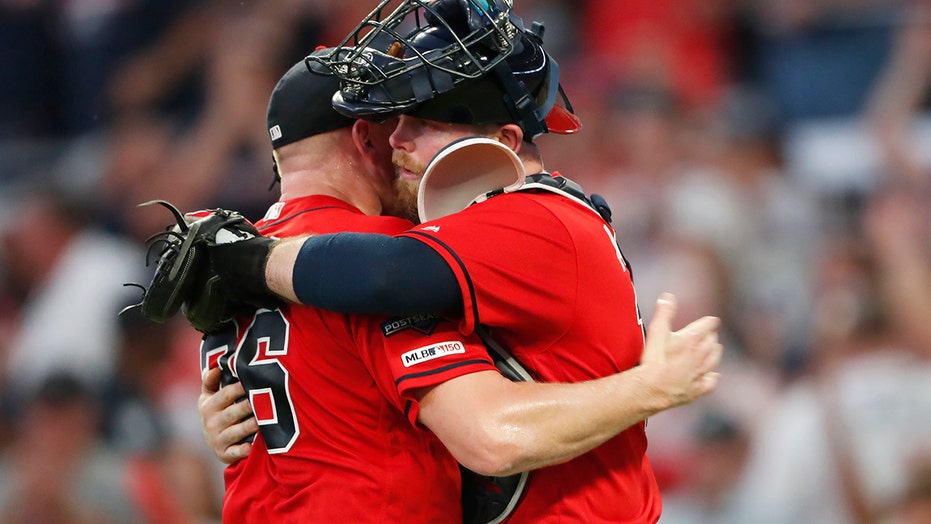 McCann has spent nearly 15 seasons in the majors, including playing the 2019 season with the team he got started with – the Braves.

“It's sad but it's time,” he told reporters after the tough loss to the Cardinals in Game 5. “I had a long career. Fifteen years is a long time, catching every day. I got to play in my hometown.”

McCann, 35, got his start with the Braves during the 2005 season. He played nine seasons in Atlanta and was named to seven All-Star Games during that span. He even received National League MVP votes during the 2010 season in which he hit 21 home runs and recorded a .828 OPS.

After his first seasons with the Braves, he would go on to play for the New York Yankees and Houston Astros. He won a World Series with the Astros in 2017.

CLAYTON KERSHAW HAS ANOTHER POSTSEASON DEBACLE IN DODGERS LOSS: 'IT MIGHT LINGER FOR A WHILE'

He re-joined the Braves in November 2018 and was reunited with manager Brian Snitker – who was his manager while he was coming through the Braves’ farm system.

“I've known Snit for a long time, since he was a Double-A manager,” McCann said. “I enjoyed the chance to do this with him.”

McCann gave the team some words of encouragement after losing to the Cardinals, saying there are high hopes for the future of the ball club.

“This organization is where it needs to be going into the future,” he said. “It's got so much talent. I'm really proud I got to put this uniform on again.”

In his final season, McCann hit 12 home runs, batted .249 and recorded a .734 OPS in 85 games. He shared time with Tyler Flowers behind the plate.

“I wanted to be a part of this team, to be back home and play in front of my family every night,” he said.