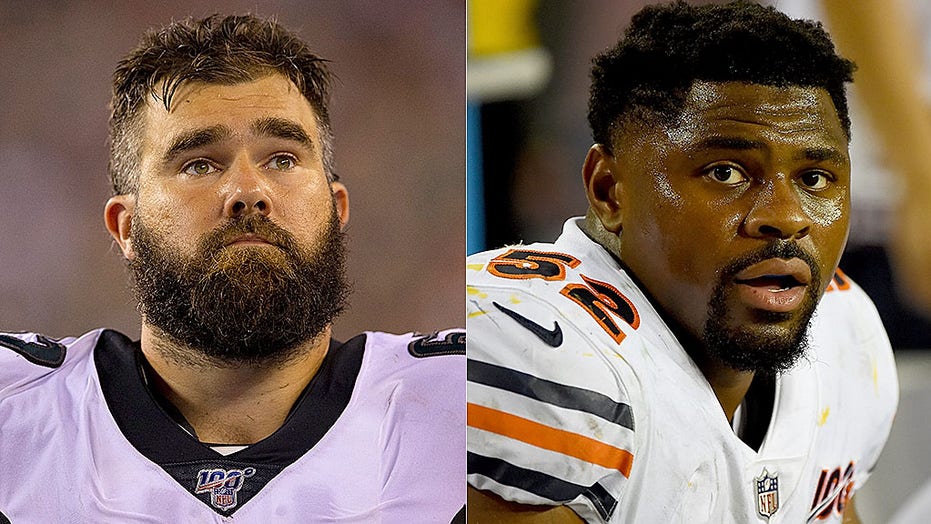 According to the Chicago Sun-Times, Kelce repeatedly turned the ball slightly before the snap, causing the Bears defense to believe the play had been set in motion and jump early, leading to four Chicago penalties before halftime.

“You see the bull---- Kelce was kinda doing with the ball, just moving it a little bit,” Mack told reporters after the game. "But even then, you can’t really make no excuses. That’s not the type of group we have. We’ve still gotta get there, regardless of what it is and what that was. All those offside penalties, it hurt us.”

Mack said he mentioned Kelce moving the ball to the referees, but the officials didn’t do anything about it. If Kelce was caught moving the ball, it would have resulted in a false start penalty on the Eagles.

“Yeah, you point it out, but who cares?” Mack said. “Who cares, man? You’ve gotta make plays and win ballgames. That’s what it’s all about.”

The Eagles won, 22-14, and Philadelphia's offense broke out for 373 total yards against the Bears’ defense. The Bears’ offense managed just 164 total yards.