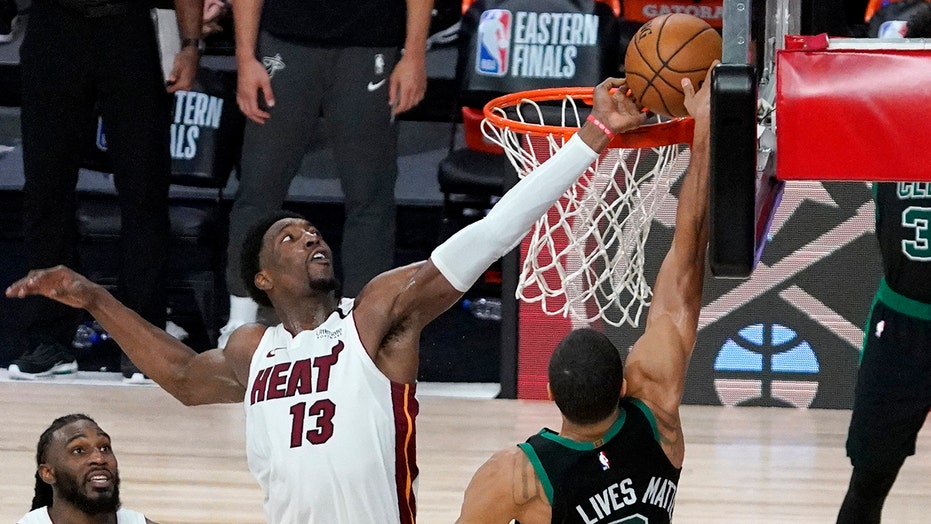 Miami Heat center Bam Adebayo had one of the most memorable defensive plays in NBA playoffs history on Tuesday night when he blocked Boston Celtics guard Jayson Tatum at the rim to help seal Game 1 of the Eastern Conference Finals.

Adebayo on Thursday dove into detail about the block in an interview with ESPN.

Jimmy Butler raved after the game about the play despite hitting the go-ahead points in overtime.

“Bam. That seals the game for us,” Butler said. “I love how he does any and everything that you ask him to do. I really do. You ask him to pass the ball, he does that. Score, he does that. Come up with a huge defensive stop, block, he does that. He’s a huge part to our winning. I’ve been saying it all year long and I’ll repeat it again.”

Tatum added: “He made a great play. That’s all it is … Can’t do anything about it.”

The Heat drafted Adebayo in the first round of the 2017 draft. In 72 games this season, he averaged 15.9 points and 10.2 rebounds per game. It was his best season by far. He narrowly missed being named Most Improved Player of the Year.