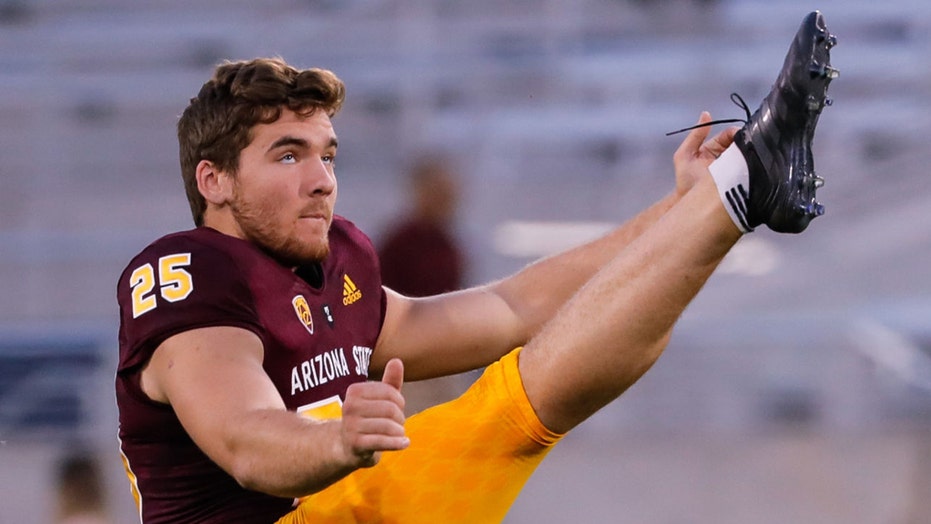 An Arizona State punter was granted a waiver Wednesday to return to school after going undrafted — an apparent first in NCAA football history.

Michael Turk signed with an agent and entered the NFL Draft earlier this year but was not selected and he did not sign with a team. Arizona State filed a special waiver, citing the coronavirus pandemic as preventing Turk from getting a legitimate chance to show off his skills, the Arizona Republic reported.

There was no Arizona State pro day nor did Turk have a private workout because of the pandemic. He was able to attend the NFL Combine in Indianapolis.

A school spokesman told the newspaper the waiver was approved and he was going to return to school. It’s thought to have been the first time the NCAA granted a waiver for someone who signed with an agent and declared for the draft to receive their eligibility back.

CLEMSON ASSISTANT COACH APOLOGIZES FOR 2017 USE OF RACIAL SLUR

“By the grace of God I’ve received my 2 years of eligibility back at ASU. Things are crazy and evil in this world but Jesus overcame the world! Put your trust in Him!” Turk tweeted.

Turk set a record last season for the averaged yards punted against Kent State. He averaged 63 yards in five tries in that game.