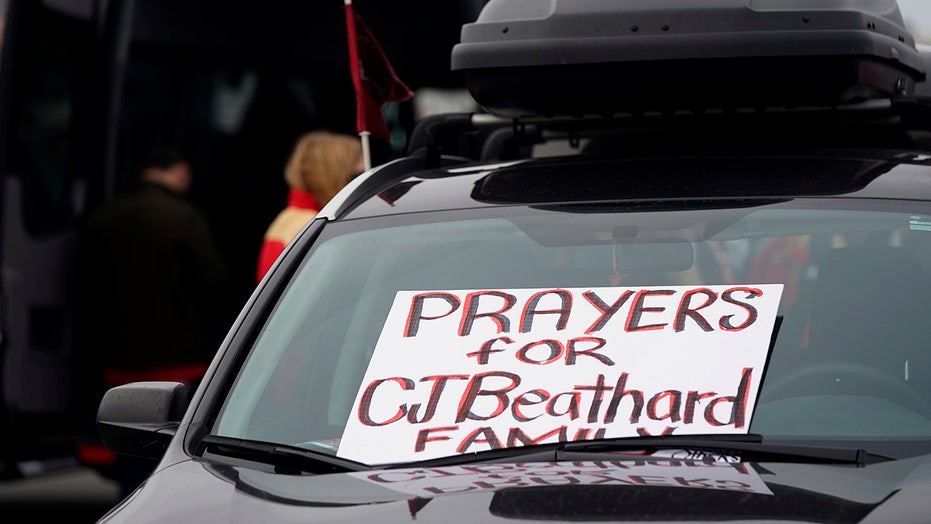 The 49ers won the game 34-31 over the Rams, but the players’ minds were focused on Beathard -- who was going through an unimaginable situation.

“I got to talk to C.J. after the game,” Kittle said, according to the San Jose Mercury News. “But overall, it was just kind of a brutal day. We got that one for C.J. and I’m so happy we could.”

According to the Sacramento Bee, Kittle and C.J. Beathard were roommates while the two played college football at Iowa and he got to know the Beathard family very well.

“[Clayton Beathard] was identical to C.J. and Tucker,” Kittle said, according to the Sacramento Bee. “And the fact that he was the most competitive person I ever met, whether we were playing hoops, target practice, anything that we did. He was so competitive but he always had so much fun doing it. He was really just a positive light in the world. It will definitely not be a better place without him.”

Sherman said if the win could give Beathard any type of “solace” then “that’s all we can do.”

Clayton Beathard, 22, and another victim were fatally stabbed early Saturday during a fight outside a Nashville, Tenn., bar. He was taken to the hospital and later pronounced dead, police said.

The stabbings "appear to have resulted from an argument over a woman that began inside Dogwood Bar and then turned physical when the parties went outside," according to Nashville police.

The Beathard family released a statement Saturday to the Tennessean newspaper of Nashville.

"It’s times like this I wish had Instagram and social media because the love and prayers have been so overwhelming. We cannot possibly thank you at the rate they come in texts and phone calls," the statement read. "Clay was an amazing, big and soft-hearted human being with an undeniable love for the Lord. He had his family's, friends' and teammates' backs even to a fault. I wish he would have been more inclined to take the high road but he hated 'wrong.'

The statement added: "Yes, he was stubborn sometimes but mostly because his beliefs were strong. He lived a full life except for the chance at being the incredible father I knew he would have been. He loved kids, underdogs and the less fortunate. His little sister was his world and his love and pride for his older brothers was off the charts. He will be missed. That is an understatement. Nobody's light shined like his when he smiled."