Randy Bryce, a union worker and Democrat, is vying for the U.S. House seat that will be vacated by House Speaker Paul Ryan, R-Wis. (Facebook)

A Wisconsin Democrat running to succeed retiring U.S. Rep. Paul Ryan has been arrested nine times, including a 1998 arrest for drunken driving, according to reports.

Randy Bryce, a union worker who uses the nickname “Iron Stache,” apologized Friday in a message on his website, titled "Twenty years ago," calling the DUI arrest “dumb” and “inexcusable.”

Bryce has built a national following and fundraising base in his quest to replace the retiring Ryan.

"I was immature and made a horrible, thoughtless decision," Bryce said of the arrest in Michigan.

"I was immature and made a horrible, thoughtless decision."

After having his license suspended following the 1998 arrest, Bryce was arrested three more times for driving with a suspended license and registration in Wisconsin, CNN reported.

Bryce has been arrested a total of nine times, including in 2011 and earlier this year while protesting policies of Ryan and Republican U.S. Sen. Ron Johnson.

Republicans pounced on the news.

"Randy Bryce may have the longest rap sheet of any candidate to ever run for Congress in Wisconsin," said Chris Martin, a spokesman for the National Republican Congressional Committee. "Who would've known that when Randy Bryce said he has experience with iron that he was talking about a jail cell?"

"Randy Bryce may have the longest rap sheet of any candidate to ever run for Congress in Wisconsin. Who would've known that when Randy Bryce said he has experience with iron that he was talking about a jail cell?"

News of the drunken driving and related arrests comes after previously reported problems for Bryce that included being 2 1/2 months delinquent on child support to his ex-wife in 2015 and taking nearly two years to pay it off.

Bryce, who had raised about $4.8 million for the 1st Congressional District race through March, faces Janesville teacher Cathy Myers in the Aug. 14 primary.

CNN reported that Bryce was arrested for marijuana possession, property damage, trespassing and theft in December 1991 on his 27th birthday. The theft and trespassing charges were dropped. Court records dating that far back are unavailable.

Bryce's campaign spokeswoman, Julia Savel, told CNN that Bryce doesn't remember the court's decision, though he says he didn't pay any fine or serve time and believes the charges were dropped. 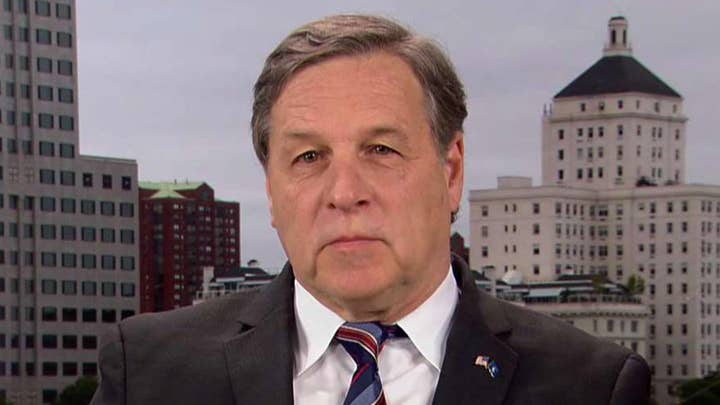 He was arrested in April 1998 for operating a vehicle under the influence of alcohol in Schoolcraft County in rural Michigan.

Bryce initially pleaded guilty, but a warrant was issued for his arrest after he failed to appear in court.

Bryce appeared in court in March 2003, where he was sentenced to 65 days in jail. The judge suspended the sentence with credit for one day served in jail and $850 in fines.

Bryce was also arrested in 1998, 2000 and 2003 for driving with a suspended license, and after failing to appear in the 2000 case, he was again arrested on a warrant. He served a day in jail and paid a fine.

Bryce, in his statement, tried to pivot back to the issues he's running on.

"I know from my own life experiences and mistakes that our criminal justice system needs to be reformed," he said, adding that he was "knee-deep in medical bills" when he was arrested because of cancer treatment.

"I was focused on how to make it through the day and paying back my medical bills outweighed losing a day of work," Bryce said. "No one should ever be put in this situation."