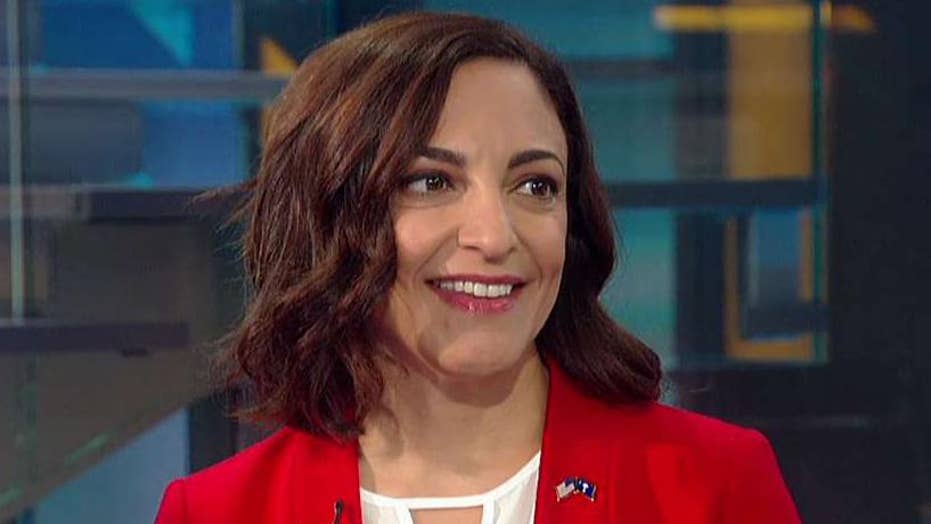 Katie Arrington on what her win could signal for midterms

GOP congressional nominee and Trump supporter speaks out after her primary win against Rep. Mark Sanford in South Carolina.

South Carolina State Rep. Katie Arrington stunned the political world when she beat incumbent Rep. Mark Sanford in her quest for the U.S. House in June.

Shortly after her June 12 victory, Arrington was involved in a serious car accident that left one woman dead. Arrington, 47, and the woman who was in the vehicle with her sustained serious injuries.

After several weeks in the hospital, Arrington announced on July 6 she is leaving the hospital, though she still has a long road ahead of her toward recovery.

Read on for a look at three things to know about the congressional hopeful.

She was endorsed by Trump

Arrington challenged incumbent Sanford in the South Carolina Republican primary in June. Sanford, who used to be the Palmetto State’s governor, was critical of President Trump.

“Mark Sanford has been very unhelpful to me in my campaign to [make America great again],” Trump said in a tweet on the day of the primary elections. “He is MIA and nothing but trouble. He is better off in Argentina. I fully endorse Katie Arrington for Congress in SC, a state I love. She is tough on crime and will continue our fight to lower taxes.”

Trump’s Argentina comment was in reference to Sanford’s infamous affair while in office. In June 2009, Sanford disappeared for a few days, and it was later revealed he had been with his mistress in Argentina.

Sanford left the statehouse and later won his congressional seat in 2013.

Arrington beat Sanford in the June 12 primary with more than 50 percent of the vote compared to Sanford’s 46.5 percent. She told Fox News she only plans to serve for eight years.

Arrington has served as a state representative only since 2017. She represents the 94th congressional district, which includes Charleston and Dorchester Counties in the lowcountry.

As a state representative, Arrington sits on the Legislative Oversight and Medical, Military, Public and Municipal Affairs committees.

Prior to her time in office, Arrington worked as an executive with military defense contractors, according to her campaign website. In her work, she “helped lower costs while ensuring our nation’s military has the tools they need,” her website states.

She was seriously injured in a car accident

Arrington sustained several broken ribs and a fracture in her back. She also had to undergo multiple surgeries, including the removal of a portion of her colon and her small intestine, according to her campaign.

More than a week after the accident, Arrington shared a photo of herself in the hospital along with a message of thanks to those who have prayed for her recovery.

At a later news conference, she expressed her condolences to the family of the other driver, 69-year-old Helen White. She also said she credited her life to God and Jacqueline Goff, who was in the car with her.