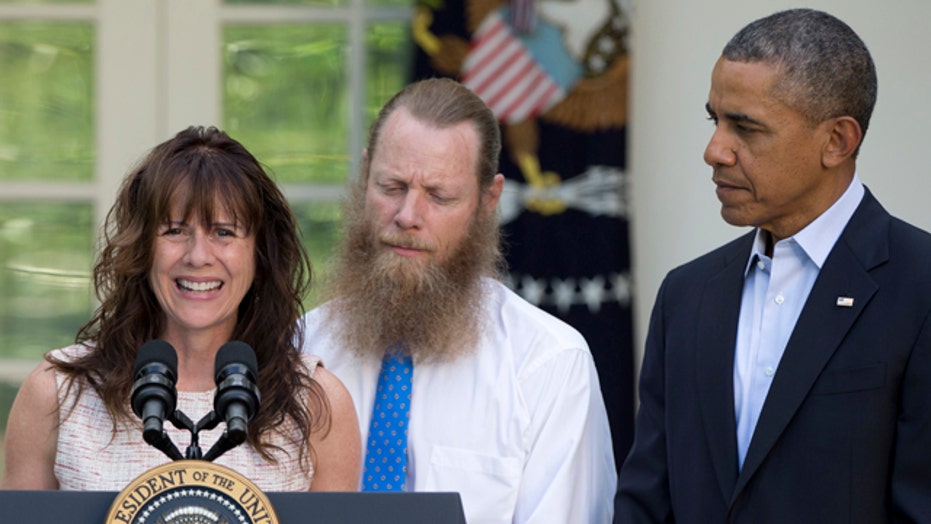 The White House allowed the parents of Army Sgt. Bowe Bergdahl to take part in a series of secure video conferences with State Department and intelligence officials and senior military commanders, according to a published report.

The Washington Times reports that Bob and Jani Bergdahl were allowed to join the conferences remotely from the Idaho National Guard headquarters in Boise soon after their son was captured by the Taliban in June 2009.

A spokesman for the Idaho National Guard told the paper that the Bergdahls participated in up to 20 video conferences per year.

"Mr. and Mrs. Bergdahl were regularly informed about what was happening throughout the duration using video teleconferencing [with] various military and other government agencies," said Air Force Col. Anthony Marsano. "There was a great effort to keep Mr. and Mrs. Bergdahl updated on developments."

Larry Johnson, a former State Department official who worked on the cases of American citizens taken hostage in Lebanon during the 1980s, told the Times that granting such access to the family of a missing person was "wrong."

"The Bergdahls shouldn't have been part of that for no other reason than on the off chance they may inadvertently divulge some tactic," Johnson told the paper. "I mean, it's one thing for government officials to interview the family, get insights from the family about what’s going on."But to put them in the middle of what is essentially a classified secure video conference is ridiculous."

Col. Marsano told The Times that he was not aware that the Bergdahls had exposed any sensitive information and would not discuss whether the couple had a security clearance or if any classified matters were brought up in the briefings.

Bob Bergdahl has been criticized for expressing sympathy for Al Qaeda and Taliban detainees held at Guantanamo Bay. Five detainees were released from captivity in exchange for the release of Sgt. Bergdahl May 31.