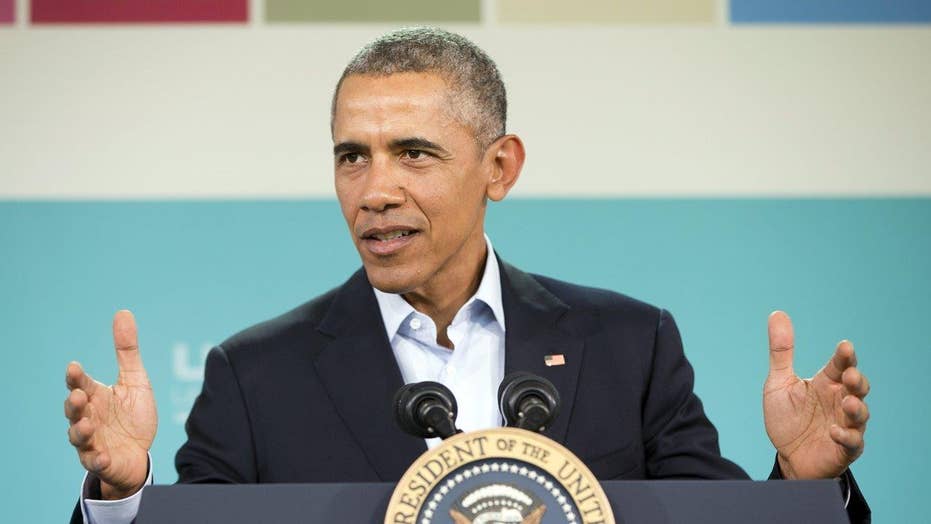 Obama calls on Republicans to consider his justice choice

The top White House spokesman said Wednesday that President Obama “regrets” his 2006 decision to filibuster the nomination of Samuel Alito to the Supreme Court – after being accused of hypocrisy for blasting “obstructionist” Republicans now vowing to block his next high court nominee.

White House Press Secretary Josh Earnest was pressed on Obama’s 2006 vote, as a U.S. senator, at the daily briefing.

“Looking back on it, the president believes that he should have just followed his own advice and made a strong public case on the merits about his opposition to the nomination that President Bush had put forward,” he told reporters.

Earnest said that Republicans are going further than Obama did, with a pledge to not consider anyone the president nominates.

“There is a pretty stark difference here. What Republicans are advocating is wrong and is inconsistent with the requirements of the Constitution, primarily because the wording of the Constitution is unambiguous and does not provide an exception for election years,” he said.

Earnest also argued that the 2006 filibuster of Alito was different, because it was not likely to succeed since the votes already existed for him to be confirmed and was based on “substance.”

Obama, in his most extensive remarks on the vacancy since the 79-year-old Scalia was found dead at a Texas ranch on Saturday, rejected widespread calls by Republican lawmakers and 2016 candidates to defer to the next president to fill Scalia’s seat.

“There is no unwritten law that says that it can only be done on off-years. That’s not in the constitutional text,” Obama said at a press conference Tuesday, blasting what he called an “obstructionist” Senate.

In 2006, then-Senator Obama tried to filibuster the nomination of Alito, who ultimately was confirmed.

When asked about that seeming discrepancy, Obama did not answer directly, noting that senators are sometimes worried about primary elections and a backlash from supporters, and take “strategic decisions.”

He also brushed off his own opposition to Alito, saying he’s on the bench now, “regardless of which votes particular senators have taken.”