Politico reporting hackers or a foreign government may have had access to the data on his phone.

Politico, citing three unnamed government sources, reported Thursday that the issue may potentially date to December, when Kelly was still head of the Department of Homeland Security.

A White House official told Politico that Kelly uses his government-issued phone for any official communication and has not used his personal phone since joining the Trump administration.

The official reportedly did not dispute the Politico report. FoxNews.com could not immediately confirm the story. 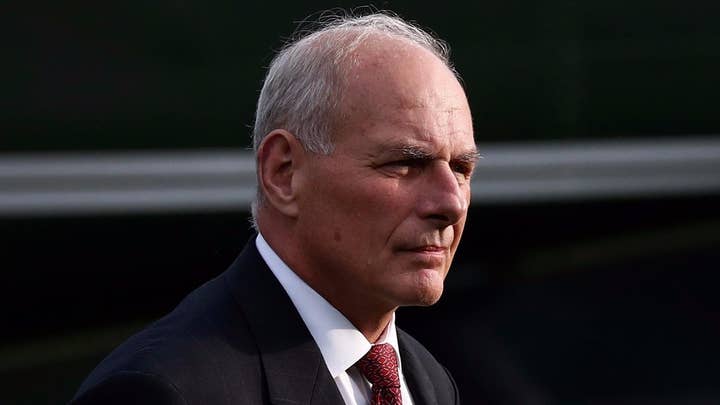 Kelly reportedly had concerns about the phone and staffers reviewed it for days to determine if there was a problem. It was unclear what data — if any — might have been hacked. Kelly reportedly no longer uses that phone.

Kelly, a retired Marine Corps general, has sought to impose order on the day-to-day operations at the White House.

His reputation as a straightshooter has many in the Oval Office and Republican Party optimistic as he takes the reins as chief of staff. Kelly was recently given authority to approve Cabinet travel.