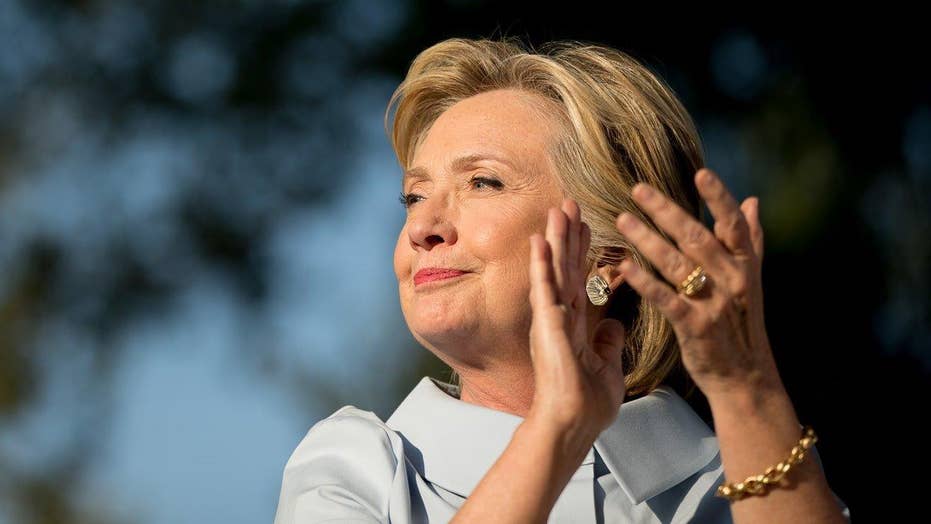 Obstruction to be investigated in Clinton email case?

Newly released emails suggest a senior Hillary Clinton aide stage-managed her first hearing on the Benghazi terrorist attack by feeding specific topics Clinton wanted to address to Democratic Sen. Robert Menendez, who at the time was acting chairman of the Foreign Relations Committee.

"We wired it that Menendez would provide an opportunity to address two topics we needed to debunk (her actions/whereabouts on 9/11, and these email from Chris Stevens about moving locations,)" Clinton media gatekeeper Philippe Reines wrote to Chelsea Clinton the morning of the Jan. 23, 2013 hearing.

Right out of the gate, the first hearing question from Menendez that day covered both topics referenced by Reines.

Menendez asked for Clinton’s “insights on the decision-making process regarding the location of the Mission.” The senator added, “can you also in your response, you touched upon it in your opening statement, but what actions were you and your staff taking the night of September 11 and into September 12?"

The then-secretary of state had an answer on both fronts. She told the committee that "[Ambassador] Chris [Stevens] was committed to not only being in Benghazi but to the location," and that on the night of the attack, "I was notified of the attack shortly after 4:00 p.m. Over the following hours, we were in continuous meetings and conversations both within the department with our team in Tripoli, with the interagency and internationally."

Stevens was among four Americans killed in the attack.

The emails were obtained by the group Citizens United as part of its ongoing Freedom of Information Act request to the State Department for emails from Chelsea Clinton and Hillary Clinton's closest aides.

“This email chain provides a rare behind the scenes look at which Benghazi-related issues the Clinton camp had concerns about going into Secretary Clinton’s January 2013 testimony on Capitol Hill, and what they had apparently plotted out beforehand with a Democrat committee member to deal with those concerns,” Citizens United said in a statement. “Citizens United will continue to release all new Benghazi emails we receive through our FOIA lawsuits as they come in -- the American people have a right to know the full picture.”

Fox News asked the Clinton campaign as well as Menendez's office if they coordinated before the 2013 Senate Foreign Relations Committee hearing; what was meant by the term "wired;" and how the email exchange was consistent with the principle of independent congressional oversight. Both confirmed receipt of Fox’s questions.  The Senator’s office said they would not be commenting.  The Clinton campaign said they would advise Fox if they decided to react to Reines’ email.

In 2013, the New Jersey senator -- who is now facing federal public corruption charges -- at the time of the hearing was about to become chairman of the Senate Foreign Relations Committee, replacing John Kerry who was in line to replace Hillary Clinton as secretary of state. Menendez has denied any wrongdoing.

A previous release of emails from a separate FOIA action showed that on the night of the attack, Clinton told her daughter, who used the email pseudonym Diane Reynolds on clintonemail.com, that the attacks were the work of an "Al Queda-like group" – with no mention of an obscure anti-Islam video Clinton publicly linked to the 2012 terrorist attack. Chelsea Clinton uses the same pseudonym in the Menendez email.

Reines is a founding member of the Clinton-aligned consulting group Beacon Global Strategies. The online bios for its founders and managing director suggest no group knows more about the Benghazi terrorist attack and the Obama administration's response.

One of its senior counselors is former CIA Acting Director Mike Morell, who heavily edited the controversial Benghazi talking points, which helped establish the administration’s initial flawed narrative about the attack. Morell recently endorsed Clinton to the New York Times, but later was criticized for not fully disclosing his relationship to Beacon.

In a follow up Q-and-A with the Times, Morell wrote: "Among the many things I do in my post-government life -- teaching and writing, serving on corporate boards, speaking publicly on national security issues -- is work with Beacon Global Strategies, a firm that has prioritized nonpartisanship. The firm’s advisory board -- composed of appointees of both Republican and Democratic presidents, as well as career military officers -- make that priority clear. It all stems from a strong and shared belief that our national security is paramount and needs to be devoid of partisan politics."