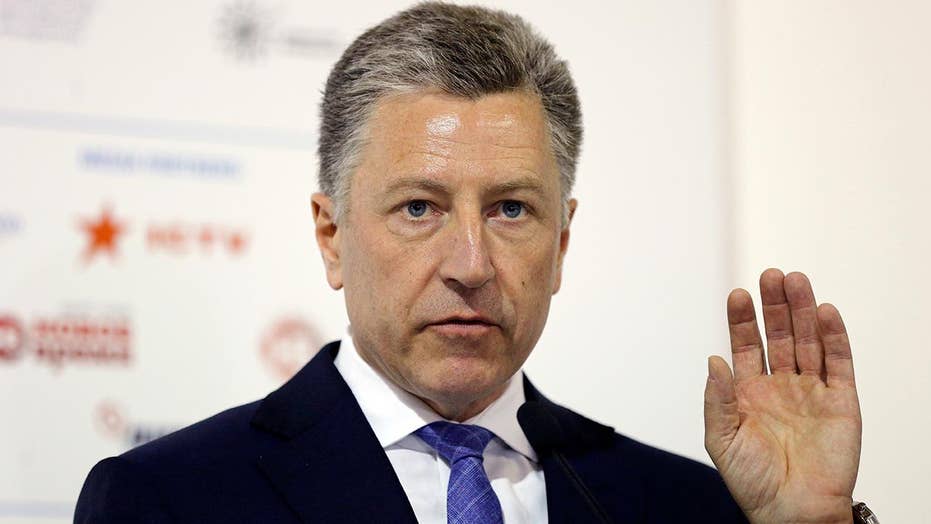 Former U.S. envoy to Ukraine Kurt Volker resigned Monday from his post as the executive director of Arizona State University's McCain Institute for International Leadership, citing distractions stemming from media scrutiny of the impeachment inquiry into President Trump as the reason for his departure.

Volker stepped down from his post in the State Department late last month after his name appeared in a whistleblower complaint related to alleged efforts by Trump to pressure Ukraine into investigating the family of 2020 rival Joe Biden. His resignation came three days after House Speaker Rep. Nancy Pelosi, D-Calif., announced the House would begin a full-fledged impeachment investigation.

"Today, I informed ASU President Crow and Mrs. McCain that I believe the recent media focus on my work as the U.S. special representative for Ukraine negotiations risks becoming a distraction from the accomplishments and continued growth of the Institute, and therefore, I am stepping down as executive director of the McCain Institute for International Leadership," Volker said in a statement. "I know the Institute is well equipped with a first rate team of staff and trustees to continue its progress in the future. "

FILE - In this Sept. 15, 2018 file photo, U.S. special representative to Ukraine Kurt Volker attends the 15th Yalta European Strategy (YES) annual meeting entitled "The next generation of everything" at the Mystetsky Arsenal Art Center in Kiev, Ukraine. Volker stepped down as the executive director of the McCain Institute for International Leadership at Arizona State University as he faces scrutiny of his role in President Trump's actions toward Ukraine. (Associated Press)

Cindy McCain, chair of the McCain Institute's board of trustees and the widow of the late Sen. John McCain, R-Ariz., announced that Nick Rasmussen, a former director of the National Counterterrorism Center and professor at the ASU Sandra Day O'Connor College of Law, would serve as the acting executive director in Volker's absence. She also expressed gratitude for Volker's work with the institute.

"I want to thank Kurt Volker for his dedication and hard work in helping to build the McCain Institute into the results-driven, action-oriented institution that it is today," she said. "We are proud of these accomplishments, and I especially appreciate his dedication to my husband and the entire McCain family."

The McCain Institute's website says it works to train leaders of strong character who will address issues from rule of law to international security to human rights.

Volker spent last Thursday in a transcribed interview with multiple House committees as the body gathers evidence for its impeachment inquiry. In the testimony, Volker said Ukraine never raised concerns about pressure from Trump for an investigation into Biden's son Hunter's business dealings with Burisma Holdings, even as Trump had put a hold on $400 million in military aid to the country. Burisma is a Ukrainian gas company that was under investigation at one point while the younger Biden was on its board and the elder Biden was Barack Obama's Vice President.