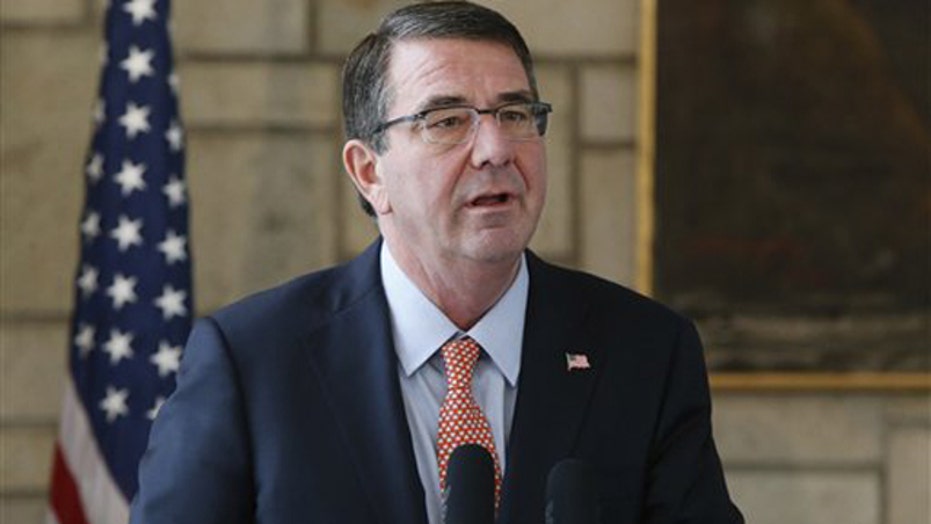 Potential change of strategy in Afghanistan

During his first visit to Afghanistan, U.S. Defense Secretary Ash Carter said the U.S. is considering slowing its military exit from the embattled country by keeping a larger troop presence in the country than previously planned because the new Afghan government is proving to be a more reliable partner.

President Obama plans to discuss a range of options for U.S. military withdrawal when Afghan president Ashraf Ghani visits the White House in March, Carter said at a news conference with Ghani. The two presidents plan to “rethink” the counterterrorism right in Afghanistan, he said.

There are 10,000 U.S. troops in Afghanistan, down from 100,000 from 2011. Carter did not say Obama was considering keeping troops in the country beyond 2016, but was only considering the pace of troop withdrawal for the next two years.

While the White House recently acknowledged it was reconsidering the exit plan, Carter's remarks were the most direct explanation by a Pentagon official amid criticism from opposition Republicans that the Democratic commander in chief is beating a hasty and risky retreat.

Ghani shad requested “some flexibility in the troop drawdown timeline” in February. The day after the request, Gen. John Campbell, a top U.S. commander in Afghanistan told the U.S. Senate Armed Services Committee he had presented U.S. leaders with options that would allow him to continue training and advising Afghan forces through the summer.

Carter said the new thinking about the mission in Afghanistan has to do with the stabilized government in Afghanistan between Ashraf and Chief Executive Abdullah Abdullah. The unity offers new promise for a more effective partnership in stabilizing the country, Carter said.

Ghani has made it clear he thinks a slowdown of troop withdrawal would offer better support for Afghan forces battling the Taliban. Obama’s current plan calls for troop levels to cut in half from 10,000 by the end of the year.

Carter lauded the progress that Afghanistan has made during the 13 years since U.S. forces invaded and toppled the Taliban rule. Obama's goal, he said, is to "make sure this progress sticks" so that Afghanistan does not again become a launching pad for terrorist attacks on the U.S.

Carter also met in the Afghan capital with Campbell and Gen. Lloyd Austin, the commander of U.S. Central Command, which has responsibility for U.S. operations in Afghanistan and across the Middle East.