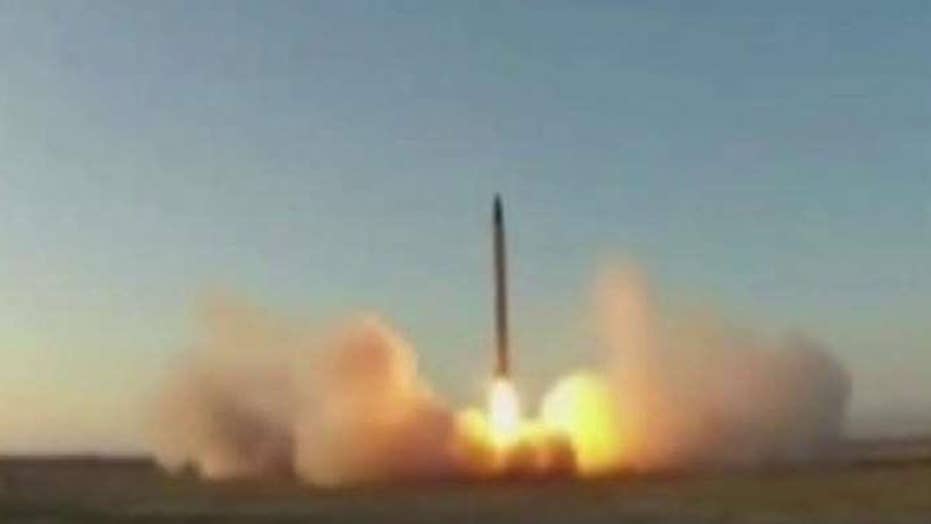 The U.S. is conducting a “serious review” of Iran’s second ballistic missile test in as many months in apparent violation of two U.N. Security Council resolutions, according to the State Department and the U.S. Ambassador to the United Nations.

The November 21 launch, Iran’s second since a nuclear accord was signed by Iran and six world powers, comes more than a month after the well-publicized first test in October.

U.S. Ambassador Samantha Power said Tuesday that if the latest missile test is deemed to be in violation of U.N. Security Council resolutions, the U.S. would raise it with the Security Council’s sanctions committee.

“I don't want to get ahead of the work the U.S. government is doing,” Power told reporters outside the United Nations Tuesday. “But as happened last time, if we can confirm it, and if there is a violation of any Security Council resolution, we will come here and we will seek appropriate action.”

On Nov. 21 Iran test-fired a medium-range Ghadr-110 ballistic missile from a known test site near the port city of Chabahar in southeast Iran near the border with Pakistan in violation of two existing U.N. resolutions, a senior US official and Western intelligence sources told Fox News.

The missile has a range of 1,200 miles, which puts Tel Aviv and most of Israel within its sights, along with most U.S. military bases in the Middle East.

“We are taking the report very seriously,” State Department spokesman John Kirby said Tuesday. “If the reports are confirmed and if there is a violation of any relevant U.N. Security Council resolution, then we're going to take the appropriate actions, as we've proven that we're capable of doing in the past.”

He said those next steps could be taken by the United States alone, if necessary.

After Iran conducted its first ballistic missile test in October, the U.S. issued a joint report with France, Germany and the UK condemning the incident and referred the matter to the  U.N. Security Council Iran Sanctions Committee to take action, demanding an explanation for the October launch.

That request of Iran, according to Kirby, came three days after Tehran carried out the second missile launch on Nov. 21.

It is not immediately clear if the State Dept. knew about the second Iranian missile launch at the time.

Kirby said the U.N. was still “weighing out those responses,” from the October launch.

When Fox News asked if Iran was not getting the message, Kirby responded: “I think it's been crystal clear what the message from the international community is.”

After the Oct. 10 launch, President Obama promised to raise the issue with the sanctions committee, but said that it would not derail the July nuclear agreement.

The U.N.- passed resolution 2231, days after the nuclear accord was signed in July. That resolution compels Iran to refrain from any work on ballistic missiles for eight years. A separate U.N. Security Council resolution passed in 2010 bans Iran from conducting all ballistic missile tests.

On Tuesday,  Power reiterated calls for a united effort to curb Iran’s violations.

“We think it is extremely important that council resolutions be enforced,” said Power.  “We really hope the Council will come together in response to such a blatant launch as the one that occurred in October.”

Asked if Iran’s ballistic missile testing was what Secretary Kerry had hoped after the nuclear accord was struck,  the State Department spokesman said, “We never expected Iran would automatically change its behavior as a result of this deal.”

“I want to also underscore that we have other tools beyond the Security Council, we have our own bilateral sanctions,” Power said. “I would note as it relates to the launch in October, many of the individuals involved in the launch and the entities are already under U.S. sanctions and that is something we have already sought to neuter their ability to carry out launches like this.”

Senator Bob Corker, chairman of the Senate Foreign Relations Committee, criticized the Obama administration for what he called a "paralyzed" response to Iran's violations. 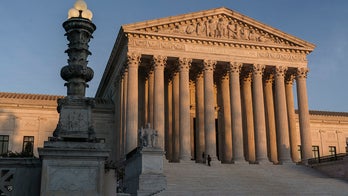